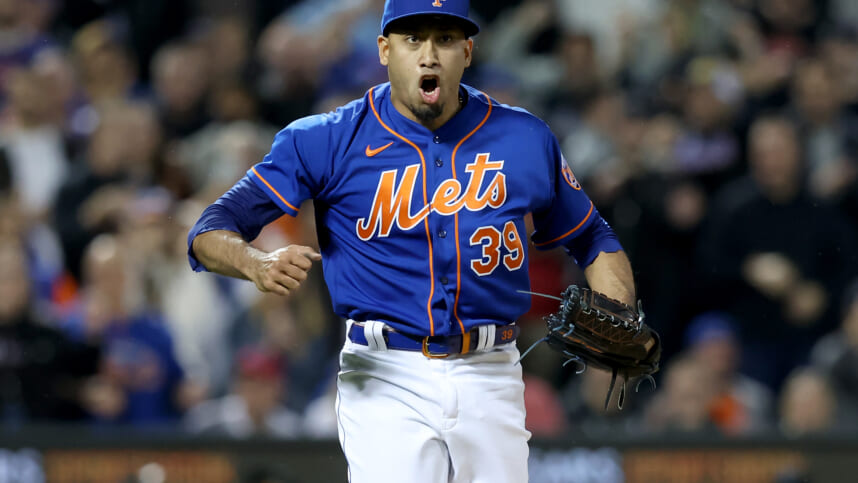 The trumpets will be staying in Queens, New York. As it was reported on roughly a week ago, the Mets were going to do what they could to sign their star closer, Edwin Diaz, right after the conclusion of the World Series. And they have done just that.

Per multiple recent reports, pending a physical, the Mets and Diaz have agreed on a mega five-year, $102 million contract to keep the 28-year-old star in Queens. The deal includes a $12 million signing bonus.

In the contract is an opt-out after the third year of the deal (2025) and a full no-trade clause. It also consists of a potential sixth-year option at the end of the duration of the deal in 2028 that puts the total value at $122 million if exercised.

Diaz is arguably the best closer in Major League Baseball and entering his prime years. This five-year, $102 million deal is the biggest ever for a relief pitcher. In a bullpen filled with concerns from a year ago and unknowns heading into next year, keeping Diaz, even at a cost like this, was still a relative no-brainer.

He provides the Mets with a huge home-field advantage that they had to find a way to keep intact. When games are tight nail-biters, late in the ninth, and Diaz comes in, it gives the Mets a significant boost.

From there, the overwhelming, untouchable slider, complemented by 100 mile an hour plus heat, will be staying on the mound for the Mets late in close, big games. This was a move that the Mets had to make, and it is thrilling to keep Diaz as a core member of this baseball team for years to come.