Mets in trade talks with Rays for pitching support 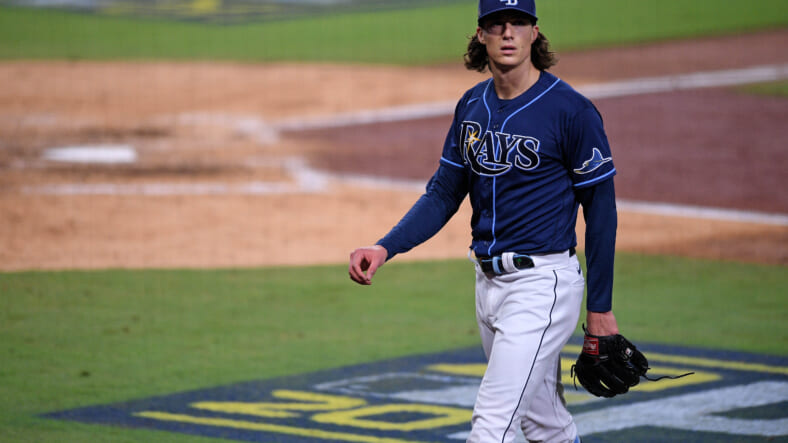 Late last night, it was reported by Jon Morosi of MLB Network that the New York Mets are one of a few teams to be in contact with the Tampa Bay Rays. Their talks are reportedly around the available pitching that the Rays have.

The other three teams listed by Morosi who are supposedly in discussion with the Rays as well are the Chicago Cubs, Cincinnati Reds, and Los Angeles Angels.

Could Rays’ Tyler Glasnow be on the move to the New York Mets?

The headliner most have discussed for the Mets after hearing this buzz is Tyler Glasnow. The 29-year-old right-hander would give the Mets rotation a terrific presence. Durability has been the lone constant issue for the starting pitcher. He is coming off of Tommy John surgery after pitching two starts in 2022.

Along with his youth and dominance when available, Glasnow is under contract for the next two years. He recently signed an extension through 2024 worth $30 million in August. Glasnow will only receive $5.35 in 2023, which would allow the Mets to have more money to work with right now, making the idea of trading for him that much more enticing.

Over two of his most recent healthy years, Glasnow pitched at an extraordinary level, posting 1.78 and 2.66 ERA seasons. With the Mets starting rotation potentially changing drastically this offseason, adding Glasnow would provide great insurance.

A few other potential arms the Mets could look to acquire from the Rays are Ryan Yarbrough, Shawn Armstrong, Yonny Chirinos, and Colby White. The Mets bullpen could certainly use some help this offseason as well.