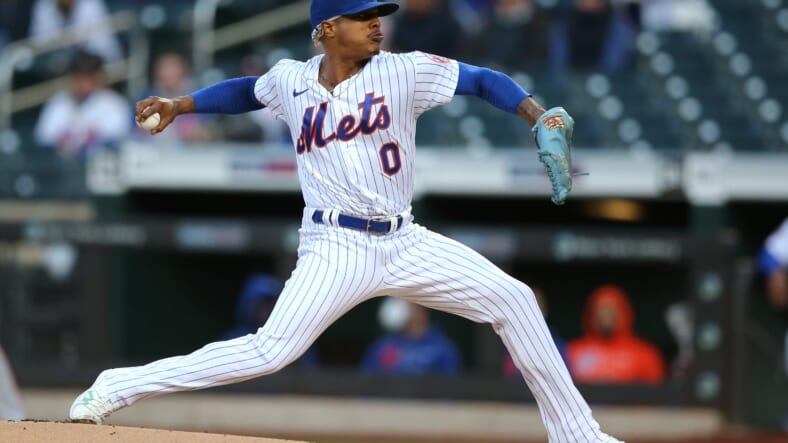 After receiving a day off, the New York Mets head up to Fenway Park to begin a three-game series with the Boston Red Sox. The Mets playoffs hopes are hanging on by a thread, and their trip to Boston could be what finally puts them and their fans out of their misery.

Javier Báez brought a group of children from Puerto Rico that have been dealing with cancer to yesterday's game and spent time with them on the field ?? pic.twitter.com/0LehaZqLyy

One-run games have been the theme of the Mets season as 61 of their 150 games have concluded in that fashion. While they dominated them early in the season, they have consistently fallen short has the offense produced less and less. After a slow, injury-plagued start to his Mets career, Javier Baez has been a different hitter since returning from the IL. Baez is slashing .305/.381/.565 with nine home runs and 19 runs batted in. He also has 11 walks in 37 games compared to just 15 in 91 games with the Cubs.

After a slow stretch that knocked them out of first place, the Red Sox have won five straight games. With the division out of reach, the Red Sox has a 1.5 game lead in the first wild card spot and looked primed for a playoff run. Five players with at least 20 home runs have helped lead their offense which has been one of the best in baseball. Nathan Eovaldi has stabilized the starting rotation enough for Chris Sale to return and take the reigns. In six starts, Sale has a 2.40 ERA along with a clean 4-0 record.

Marcus Stroman makes his MLB leading 32nd start of the season and has been a true ironman for a team that has dealt with injuries all season. While he is unlikely to win the Cy Young Award, he certainly deserves some votes thrown his way. Stroman has a 2.88 ERA over 169 innings and is ninth in groundball outs this season. He was as great as ever during his last start against the St. Louis Cardinals, where he struck out eight while allowing two runs in six innings pitched.

Eduardo Rodriguez has struggled to find consistency all season, and it shows in his 5.00 ERA. Despite putting up his best strikeout and walk rates of his career, he is allowing just under ten hits per nine innings pitched. Rodriguez has also put together back-to-back six-inning outings just twice all season. He looked much better in his last start against the Seattle Mariners, where he held them to one run in six innings with six strikeouts.