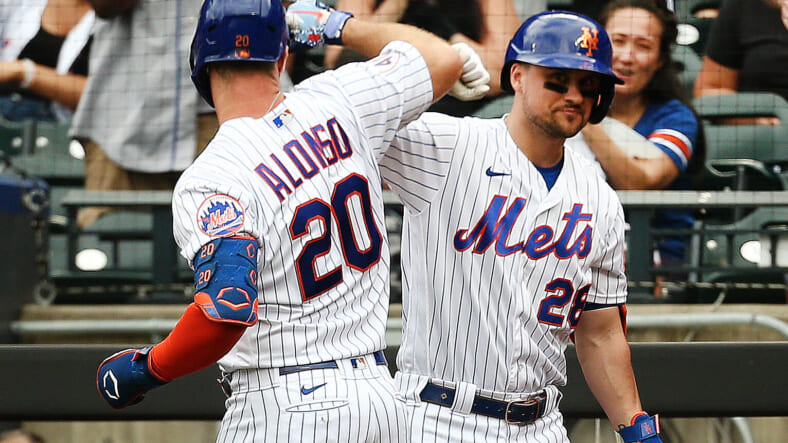 After torrential rains across the east coast postponed Wednesday’s game, the New York Mets and Miami Marlins will play the final game of their series today. Over the last 24 hours, the Mets had to deal with another off-the-field issue as acting GM Zach Scott was arrested on a DWI on Tuesday morning. The first pitch from Citi Field is scheduled for 7:10 p.m. ET.

With a Braves loss last night, the Mets are 5 games out in the NL East pic.twitter.com/JTtAOBJFps

Less than a month after Scott calls out the team for failing to produce and keep themselves healthy, Scott was found sleeping in his car at 4:17 A.M. after a night of drinking. After the whole thumbs-down fiasco, the team has another incident they will need to put behind them. Luckily they have been very resilient, winning four in a row. It has called them to move within five games of the first-place Atlanta Braves.

The Marlins are coming off a rough doubleheader loss, and the bullpen desperately needed the day off. Jesus Aguilar has been the only consistent bat to worry about in the Marlins lineup. He leads the NL with 92 RBIs to go along with 22 homers and 23 doubles.

Carlos Carrasco gets the start for the Mets and has started to pitch to expectations over his last couple of starts. In his last outing against the San Francisco Giants, Carrasco went seven innings allowing two runs and recorded seven strikeouts. After stumbling in the first inning, Carrasco did not allow a run for the rest of his start.

The Marlins have not announced a starter as of 1:30 p.m. ET.