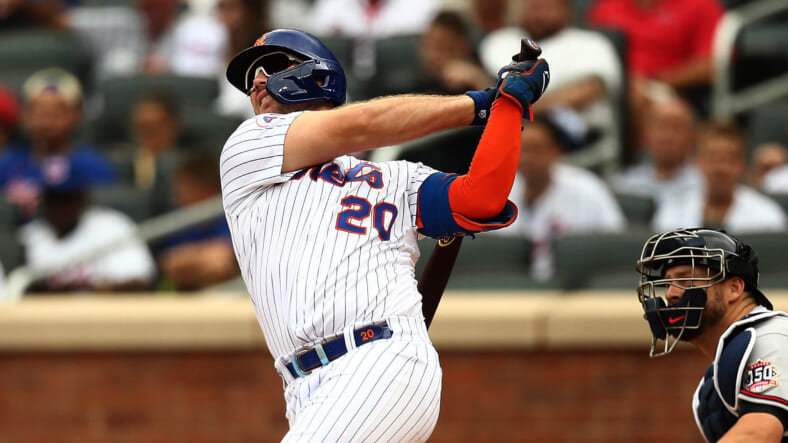 The New York Mets return to face the Washington Nationals after the Mets’ ugliest series of the season. They were swept by the Philadelphia Phillies and dropped all the way down to third place in the NL East. Their path to redemption starts at 7:10 p.m. ET from Citi Field.

The Mets’ offense barely existed, and they scored in just three of 27 innings against the Philadelphia Phillies. While the Mets tried to “smile through the pain,” it is clear that this offensive slide is affecting the team’s morale. Without their steady hand of Jacob deGrom on the mound and charismatic Francisco Lindor at shortstop, no one has stepped up as a leader. Javier Baez is also unavailable for tonight’s game as he deals with a hip injury.

The Nationals have lost six of their last seven as they have fully entered rebuild mode. Without Max Scherzer, Trea Turner, and Kyle Schwarber, Juan Soto is the only star left on the roster. Soto could play tonight after dealing with a knee injury but is having another solid year. While he is not lighting up the power numbers, he is slashing .297/.427/.499 with 18 home runs and 58 runs batted in.

Carlos Carrasco makes his third start of the season and has been as good as advertised during his first two outings. In 8.1 innings, he has allowed three runs and punched out nine. During his last outing against the Miami Marlins, he only threw 62 pitches, which was four higher than his first start. Hopefully, Carrasco can get to the 75 pitch mark in tonight’s outing.

Paolo Espino gets the nod for the Nationals and comes off a six-run, five-inning outing against the Phillies. In his only outing against the Mets, he pitched five shutout innings, which has become a ritual for every pitcher these days. Overall, Espino has a 3.66 ERA in 25 outings (9 starts) this season.