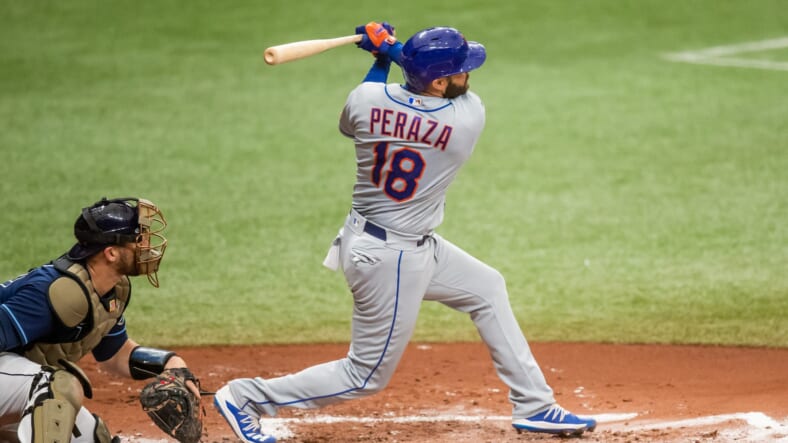 The New York Mets hope to continue their May momentum as they flip the calendar to June for the second game of their three-game set against the Arizona Diamondbacks. Both teams come off two polar opposite months of May. Despite many injures, the Mets were 17-9 while the D’Backs went 9-21. Game two of the series is another 9:40 p.m. ET start from Chase Field.

POLAR BEAR IS BACK! #LGM pic.twitter.com/e5KUtCsnR7

The Mets come off a very convincing win in game one, which featured the return of Pete Alonso and Kevin Pillar. Alonso homered and recorded four RBIs, while Pillar recorded a hit in his only at-bat. Francisco Lindor is showing signs of his bat returning to full strength. Lindor is 5-for-13 (.385) over the last three games and is driving the ball to all fields. Dominic Smith had gone half a month without a double, but two to the opposite field also showed that his power stroke might be returning as well.

Seth Lugo did not pitch in Monday’s game, but we should expect to see him today. Trevor May, Jeuyrs Familia, and Miguel Castro all pitched in the win, leaving the door open for Edwin Diaz and Lugo tonight. Lugo cannot pitch in back-to-back days, and using him tonight allows the Mets to have him for multiple days against the San Diego Padres.

Marcus Stroman makes his 11th start of the season after a terrific start against the Colorado Rockies. He pitched six shutout innings, allowing three hits and recording 11 groundball outs. Stroman has been great all year and comes into tonight’s start with a 2.47 ERA.

Caleb Smith comes out of the bullpen to make just his second start of the year. His first outing of the season was his only start, where he allowed four runs (three earned) in only three innings. Smith has faired very well in his long relief role with a 2.70 ERA and a .214 average against. He can lose the strike zone occasionally, which could run up his pitch count early in his start.