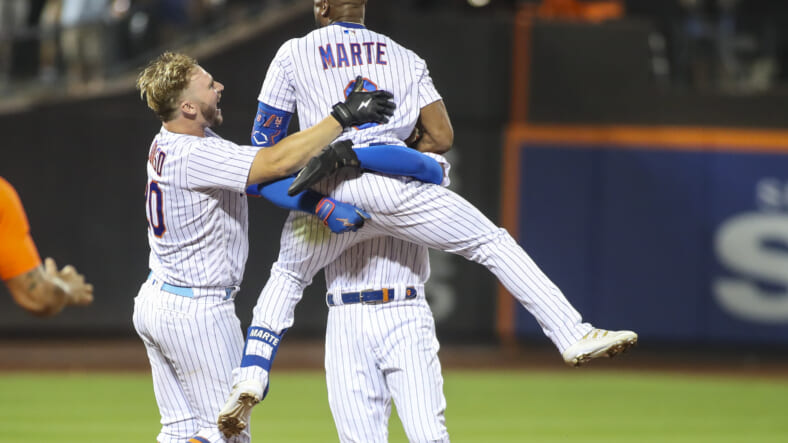 The New York Mets won a thrilling 3-2 game last night with a walk-off hit in the bottom of the ninth inning. The second of two matchups with the New York Yankees ended with another statement made by the Mets. This big win made for three straight and put the Mets at 61-37 on the year. They now have a three-game lead over the Atlanta Braves in the division.

On his 38th birthday, Max Scherzer gave the Mets a tremendous outing. He pitched seven scoreless innings on 99 pitches. Scherzer gave up five hits and two walks. He also had six strikeouts.

The game started fast for Scherzer. He retired the first six batters of the game. After that, he faced a jam almost every inning and found a way to pitch a shutout. He struck out Aaron Judge three times. Time and time again, the Yankees had two men on, and Scherzer found a way to get big outs.

After Scherzer’s terrific start, the bullpen had to finish the last two innings of play. David Peterson came in and had some struggles. He gave up a walk and then a two-run homer in his first five pitches, allowing for a tied game. Then, Seth Lugo entered the game and pitched well. He got the needed five outs, allowing no runs, just one hit, and recorded five strikeouts. Lugo did a fantastic job and got the win.

The Mets got a nine-hit game from their lineup. Hits came from eight different players in this one. Pete Alonso hit a huge solo home run, his 26th of the year in the second inning. Alonso leads the league with now 84 runs batted in. An inning later, Francisco Lindor had a big two-out RBI single to get the Mets’ second run across. He drove in Tomas Nido after he started the inning with a nice double. Once again, Daniel Vogelbach gave the Mets solid, long at-bats. He went 1-for-2 with two walks.

In the bottom of the ninth, the Mets needed a run to win. The inning started with a big double that was well hit by Eduardo Escobar. Nido got a good bunt down to get Escobar to third. In the next at-bat, the consistent hustle from Brandon Nimmo once again paid off with an infield hit.

Finally, the night concluded with a line drive single by Starling Marte to drive in Escobar as the winning run. The hit was Marte’s second of the night, making it three games in a row of two hits. Marte got the Mets their 61st win of the year and now has a batting average of .300.