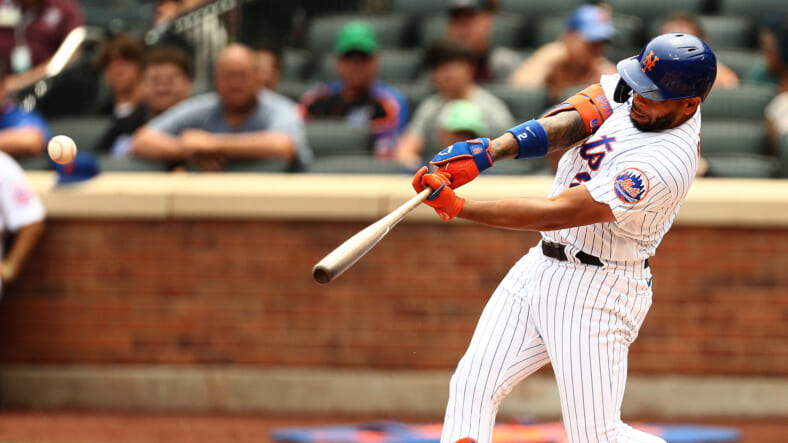 These days it almost seems like the New York Mets are losing before the game even starts. The San Francisco Giants came just about as close as a team can in game two of their series. It took just two batters in the bottom of the first for the Giants to get themselves a lead, and it became one they never looked back on. The Mets were no match for Logan Webb and fell to the Giants, 3-2.

LaMonte Wade and Tommy La Stella started on the bench for game one of the series against a lefty, but Giants manager Gabe Kapler had them back in the lineup for game two. Sure enough, they batted first and second and got things going early for the Giants. Wade led off with a single, and La Stella blasted a two-run homer to get an early 2-0 lead against Marcus Stroman.

Stroman’s start was marked with a rough beginning and a bitter ending. After the home run in the first inning, Stroman slowly settled into a groove throughout his start. Evan Longoria tagged Stroman for a solo home run in the seventh inning when the Mets tried to stretch him out for another inning. Overall it was a solid start as Stroman went seven innings, allowing three runs and striking out a season-high nine batters on 114 pitches.

Unfortunately, it was more of the same for the Mets offense against Giants starter Logan Webb. He was red hot coming into his start and shut out the Mets for 7.1 innings before allowing a Pete Alonso two-run home run to make it a 3-2 game. Webb struck out eight in the start and had a very efficient 83 pitches before leaving the game.

The Mets had an opportunity to tie the game with a runner on second and two outs in the ninth inning. Kevin Pillar ended up striking out looking on three straight to extend the losing streak to five. Travis Blankenhorn was a left-handed option to face Dominic Leone, but manager Luis Rojas trusted Pillar. The Mets were 1-for-5 with runners in scoring position and left six on base.

The loss put the Mets under .500 for the first time since May 5 and 4.5 games out of first place in the NL East. They will try to avoid the sweep on Wednesday as Tylor Megill takes the mound against Anthony DeSclafani for a 3:45 p.m. ET start from Oracle Park.