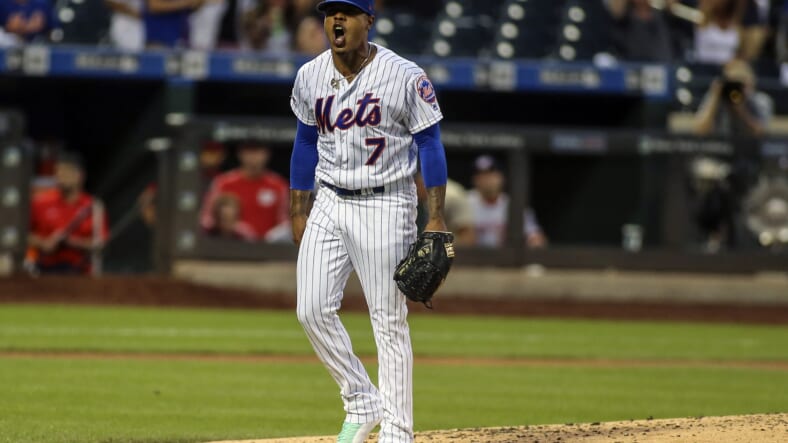 Defensive improvement was the top priority during the New York Mets offseason, and James McCann showed why when he secured a series win against the Colorado Rockies. With two outs in the ninth, McCann foiled Trevor Story‘s stolen base attempt to give the Mets a big 2-1 victory in the mile-high city.

? JAMES McCANN WITH A STRIKE TO SECOND TO GUN DOWN STORY AND WIN IT FOR THE METS ? pic.twitter.com/51PHpE5MuU

The Mets do not get to that point without the stellar outing from Marcus Stroman. He delivered eight terrific innings with just three hits and one run allowed on an efficient 90 pitches. Stroman made the highlight reel with his behind-the-back grab on a comebacker and five-hop throw to first base in the eighth. He now has a 0.90 ERA in three starts, which is good for the seventh-best in baseball.

The offense is still struggling to get anything going consistently, but great pitching allows the Mets to survive these games. Jeff McNeil drove in the first run with a second-inning ground out and J.D. Davis recorded the second with a fourth-inning single. Overall, the Mets are still struggling with runners in scoring position as they went 1-for-8. The Mets had an opportunity for an insurance run in the ninth, but McNeil’s failed attempt to stretch a double to a triple floundered their scoring chance.

Luckily, Edwin Diaz continued to dominate by picking up his second save in the same amount of games. His ERA is 3.18 and continues to drop after his rough outing early in the season. Brandon Nimmo also continued to stay hot by getting on base for the 11th consecutive game to start the season. He leads all of baseball with his .447 batting average and .543 on-base percentage.

The 7-4 Mets have themselves a one-game lead in the NL East after a chaotic first three weeks to the season. They have a day off on Monday as they head to Chicago to face the Cubs. If the weather obliges, they will begin a three-game series at Wrigley Field on Tuesday.