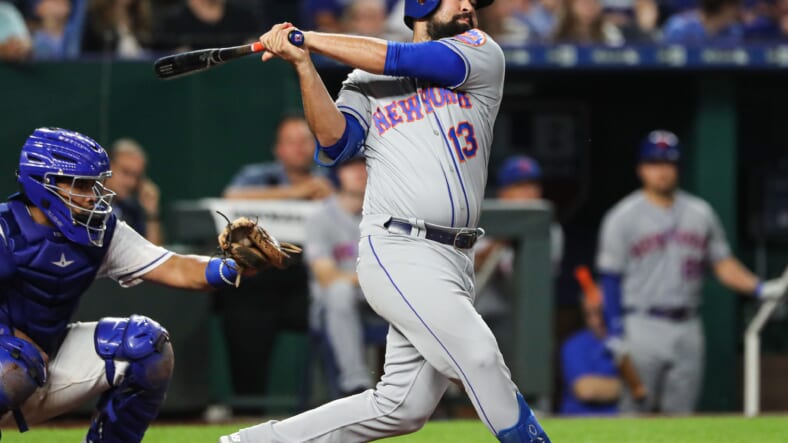 The New York Mets had plenty of fun during their 7-5 win over the St. Louis Cardinals. Luis Guillorme was responsible for one of the greatest at-bats in spring training history. After falling behind 0-2, Guillorme battled 20 more pitches to draw a walk off flamethrowing Jordan Hicks. His walk was the epitome of the Mets’ success at the plate as it started a five-run fifth inning.

Michael Conforto led the way with a 3-for-3 game and two RBIs. One of his RBI singles came in the first, along with another from Dominic Smith. After Guillorme’s epic walk in the fifth, it immediately spelled the end for Hicks. Garrett Williams came in and loaded the bases after drilling Caleb Joseph and Brandon Nimmo.

Francisco Lindor walked to drive in the first run, then Conforto recorded his second RBI single to tie the game at four. Pete Alonso‘s two-run single put the Mets ahead 6-4 and J.D. Davis grounded into a double play for the final run of the inning. The entire inning was a preview of how dangerous the Mets offense can be.

David Peterson started for the Mets and had what he would consider an average start. He allowed two first inning on a Jose Rondon single but settled in for the final three innings. Rondon also got to him again for a sacrifice fly in the third inning. Peterson allowed three runs and five hits over his four-inning outing.

Corey Oswalt impressed out of the bullpen and struck out five of the six batters he faced. It was his first outing of the spring as he tries to work himself back on to the 40-man roster. Arodys Vizcaino also hurled a scoreless inning in his first appearance of the spring.

The Mets get Monday off before they face the Houston Astros again. Jacob deGrom (1-0, 0.00) gets the opportunity to torture their hitters again, but this time it will be in Port St. Lucie. The first pitch from Clover Park is at 1:10 p.m. ET.