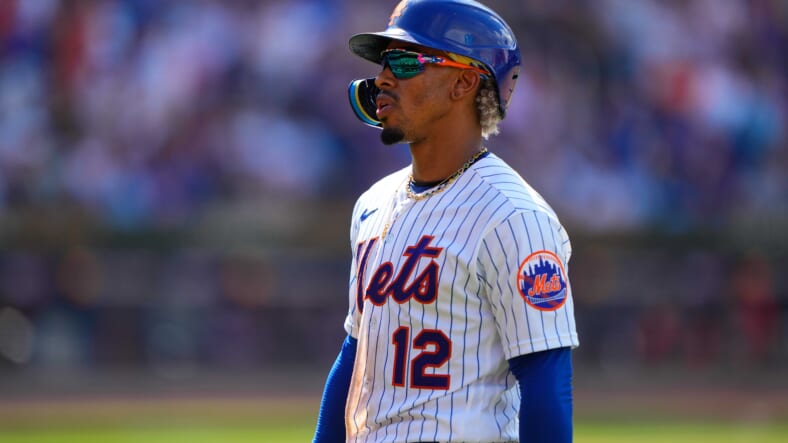 Over roughly the last month, New York Mets shortstop Francisco Lindor has played like the player the Mets acquired him to be.

When traded for by the Mets in January of 2021 and recently after signed to a 10-year contract extension through 2031, the expectations for Lindor were significant. However, year one for Lindor with the Mets was a struggle, to say the least.

He batted .230, by far a career worst. Lindor’s OPS of .734 was also the worst throughout his MLB career. He played in 125 games and ultimately executed well below the lofty expectations rightfully put into place.

As a result, it led to an unknown in terms of what to anticipate from Lindor in 2022. Things could have gone similarly to last year or, perhaps, even worse. Or, Lindor could have improved his play substantially and played like the shortstop the Mets acquired him to be. Luckily for the Mets, they are getting the ladder, and in a big way to which, the team has been propelled.

In 25 games played in the month of July, Lindor batted .320 with five home runs and 14 RBIs. Lindor totaled 32 hits over the entirety of the month for the Mets. During his recent success, he has thrived, driving in runs for the Mets with two outs. On the year, Lindor has 34 two-out runs batted in, third in all of baseball.

Not only has Lindor’s bat been exceptional as of late, but his defense has been just as good. Whether it’s collecting tough ground balls or helping turn double plays in a timely manner, Lindor has been terrific for the Mets in the field at short.

His recent success at the plate has led to Mets’ history. On Tuesday night, Lindor hit his 20th home run of the season. It made him the first Mets shortstop to ever have multiple 20 home runs seasons. The next day, Lindor drove in his 81st run of the year. That tied him with Jose Reyes for the most in a year for a Mets shortstop. Lindor will soon make Mets history with that.

Even with his personal accomplishments, Lindor has made it known that his only focus is on winning a World Series for the Mets in 2022. If he continues to play at his current level, Lindor will have the Mets in a position to where they can be World Series champions.