Can the Mets afford to lose Brandon Nimmo in the outfield? 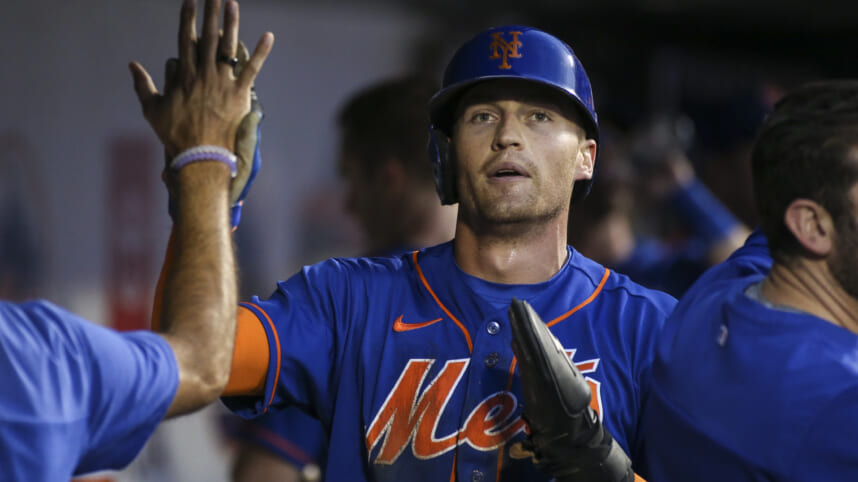 Per reports, he has met in person with multiple teams. Certain clubs have even made known to him that they will move their current center fielder to either corner outfield position to make things that much more comfortable for Nimmo.

Mets manager Buck Showalter recently stated this about Nimmo after winning Manager of the Year.

“Brandon turned into a dependable player… Seeing him every day and what he brought as someone his teammates and organization can count on. He’s grown as a player and a guy that you can count on and I hope it’s here… He’s the type of guy you pull for. You love to see him have his whole career here. We’ll just see how the industry and his group, sorta speak, feel like that’s in the cards.”

The lone way the Mets can lose Brandon Nimmo:

Nimmo has been with the Mets for a long time, his entire career, since being drafted by the team in 2011. He is coming off of a career year in 2022 and should absolutely be a priority for the team to re-sign. Value is offered from Nimmo to a lineup that needs solid bats, his glove in center drastically improved, and he is a core leader in the clubhouse.

That being said, it will undoubtedly be a challenge for the Mets to retain Nimmo, as a handful of teams have been rumored to meet with him. Also, recent buzz suggests that he will land a six-year $130 million contract and possibly even more than that.

There is essentially one circumstance that the Mets could lose Nimmo and make this offseason a successful one.

If the Mets find a way to land Trea Turner, they could afford to lose Nimmo. It would likely lead to Starling Marte moving to center field and Jeff McNeil going to right field. Luckily, the versatility of the two makes it feasible for the Mets to hand a big contract to Turner and not Nimmo.

The outfield would still need an addition. Going the route of paying Turner instead of Nimmo could lead to someone like Michael Conforto becoming a priority for the Mets.

In the end, if the Mets cannot sign Turner, Nimmo has to be brought back. This lineup needs some proven consistency at the top. If they can find a way to sign Turner, they would still need to add depth to their outfield, but the Mets would then be able to overcome the void not having Nimmo creates.