5 bullpen arms the Mets can add this off-season 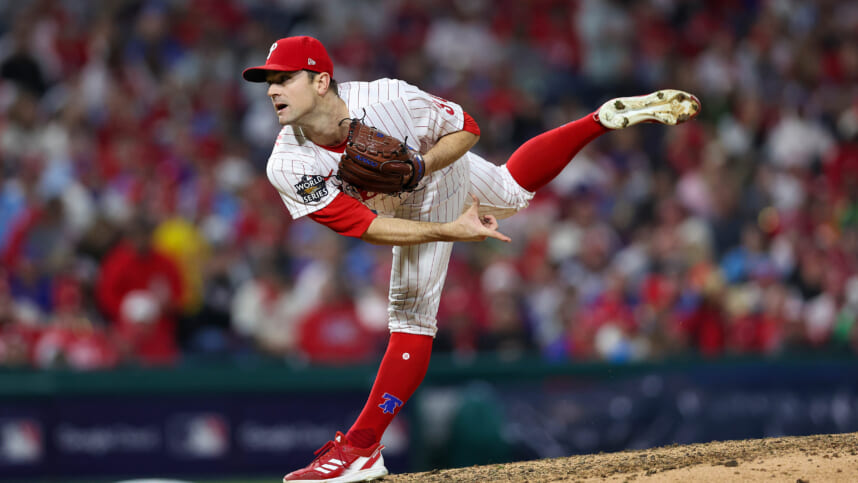 Getting the bullpen right is a clear priority the New York Mets have got to correctly address this offseason.

In 2022, it was an Achilles heel, even on the way to a 101-win season. Aside from Edwin Diaz‘s dominance, the only other two relief pitchers the Mets were able to get any sort of reliability from were Seth Lugo and Adam Ottavino, both of whom are currently free agents.

At the moment, the Mets bullpen consists of Diaz, Stephen Ridings, Elieser Hernandez, Jeff Brigham, and Drew Smith. Arms have obviously got to be signed in free agency.

5 relief pitchers the Mets could target:

Likely the top relief pitching free agent for most Mets fans. Andrew Chafin is a 32-year-old left-hander. He is coming off an impressive season in which he posted a 2.83 ERA. To go along with that earned run average, he had 67 strikeouts, nearly tying his career high. Chafin was even better in 2021. His ERA was a spectacular 1.83. He had 64 strikeouts to boot.

Chafin has nine years of MLB experience (476 games) and a career ERA of 3.23. To add Chafin alongside Diaz, this offseason would be beyond thrilling for the Mets.

The former long-time Yankee should absolutely be in consideration for this Mets bullpen this free agency. Some wanted David Robertson at the trade deadline last year when the Mets were in need of dire help.

Age is the lone holdup with Robertson. He will turn 38 years old early next season. Nonetheless, the pedigree over his 14 years in the MLB speaks for itself. The right-hander still put together a terrific 2022 with a 2.40 ERA and 81 strikeouts, showing he should still have a good year in him. For his career, Robertson has a 2.89 ERA.

Could the Mets look to bring Mike Fulmer back? The former top prospect in the organization had to be dealt in 2015 for Yoenis Cespedes with the Mets in the midst of a World Series run. Fulmer is still just 29 years old and has developed nicely in the bullpen.

In six years of MLB experience, the right-hander has appeared in 204 games and has a career ERA of 3.89. Over the last two years, Fulmer pitched well, recording over 63 innings each season. In 2021, he had a career-best ERA of 2.97 and 73 strikeouts. He followed up that success with a 3.39 ERA and 61 strikeouts in 2022. Fulmer is a quality option for the Mets this off-season.

Brad Hand is another former Met, as he spent a month with the team in 2021, appearing in 16 games. The left-hander has 12 years of experience under his belt and turns 33 shortly before the start of next season.

Taylor Rodgers is a left-hander with seven years of experience, he turns 32 next month. He is coming off of a rocky 2022 with a career-worst 4.76 ERA but did have 84 strikeouts, the second-best for his career. However, even with that, his career ERA is a solid 3.42.