3 lesser-discussed FA bats the Mets could look to target 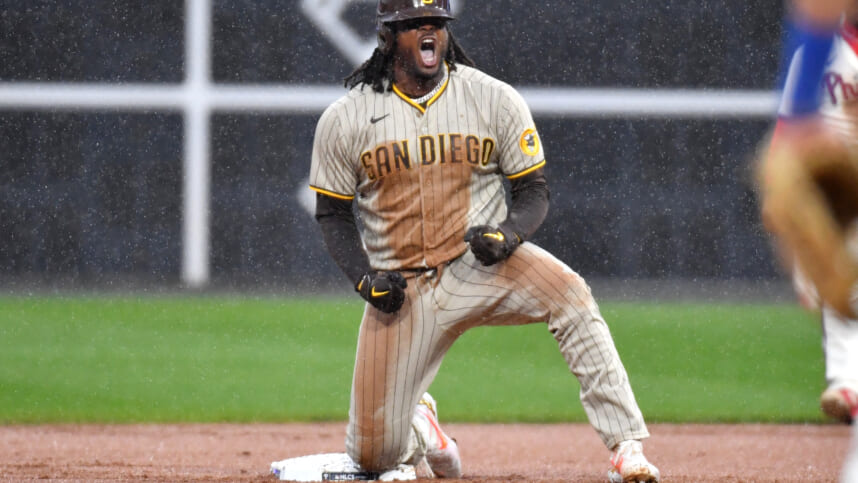 Improving the lineup is a must for the New York Mets to maintain their playoff pedigree and ultimately take a step in the postseason come 2023.

The Mets will likely be aggressive under Steve Cohen this upcoming free agency period. Prime bats set to be free agents in, Aaron Judge and Trea Turner have been discussed as potential options for the Mets. However, with the competitive markets and hefty price tags they are both about to get, it will certainly not make things easy for the Mets.

From that point, they may have to look to pivot toward cheaper options yet players with quality bats to bolster the Mets lineup.

Three particular hitters not quite looked at on the premium level of the market that the Mets could look for will be discussed below.

If the Mets are not able to not land one of Judge or Turner, Josh Bell would still provide excitement adding his bat to the order.

Bell offers a ton of size at 6-foot-4 and 261 pounds. With that size comes needed power from Bell the Mets lineup desperately needs. He could be the designated hitter and provide an upgrade to the role Daniel Vogelbach had. Bell could also fill in at first base when needed for Pete Alonso.

Bell has a career batting average of .262. He is a switch-hitter at the plate. Bell still offers youth as well. He is currently 30 and turns 31 years old late in the 2023 season in the middle of August.

Finally, Bell was someone the Mets had been linked to around the trade deadline. Nothing ended up coming to fruition. While he struggled after being moved to the San Diego Padres, he had a great first half of the 2022 season with the Washington Nationals that can provide comfort if the Mets do land Bell.

Trey Mancini could very well be rumored to the Mets knowing he has three years of experience with Buck Showalter dating back to their time with the Baltimore Orioles.

To go along with his proven power, Mancini provides good size at 6-foot-3 and 230 pounds. He has a career batting average of .265. Mancini was hitting .268 prior to being traded to the Houston Astros this year. Like Bell, Mancini did not pan out with the team that acquired him but had a very respectable first half of the 2022 season.

Mancini is a few months older than Bell, as he turns 31 years old in March. He would provide tons of positional flexibility to the Mets, whether it be at first base to give Alonso a day off, in the corner outfield, or as a designated hitter. Mancini could provide a good complement to Mark Canha in left field.

Joc Pederson offers tons of versatility at all three outfield positions having played them all over the last two years. With his left-handed bat, he would complement both corner outfielders of the Mets in Starling Marte and Canha if needed.

He would provide a needed home run presence to the Mets lineup. Pederson is coming off a year in which he hit 23 homers while playing in 134 games. He crushed 36 in 2019 and 25 the year before that.

Pederson is also coming off of a solid year from the plate in which he batted .274, which is by far a career-best. He drove in 70 runs and finished with a .874 OPS.