What could Andre Drummond cost the Knicks? Is he worth the price? 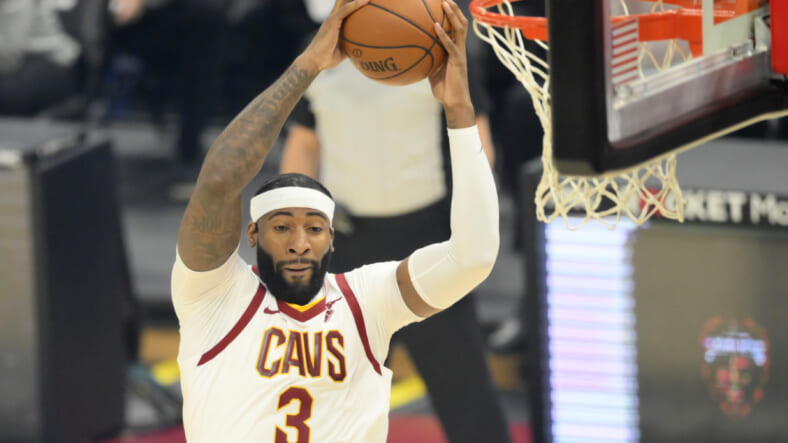 With starting center Mitchell Robinson still on the recovery from his fractured right hand surgery, the New York Knicks have done their due diligence on Cleveland Cavaliers’ big man Andre Drummond.

According to Shams Charania of The Athletic, the Knicks have explored the possibility of adding Drummond, a four-time NBA rebounding leader and a two-time All-Star, for their playoff chase.

Charania added that the Knicks are mulling a multi-year deal to lure Drummond from going elsewhere. Title contenders Los Angeles Lakers and the Knicks’ crosstown rival Brooklyn Nets are believed to be potential destinations for Drummond should he enter a buyout agreement and becomes a free agent.

The Knicks, however, can also outright eliminate other suitors if they trade for Drummond, and it will probably cost them a second-round pick and/or two of three salary fillers from their expendable players like Austin Rivers, Frank Ntilikina, or even Kevin Knox. The Cavaliers are believed to be seeking an asset in return for Drummond.

But if the Knicks wanted to join the Drummond sweepstakes via buyout, what can they offer in a multi-year deal to pry him away from the minimum deal that comes with the glittery promise of a Larry O’Brien trophy in Los Angeles or Brooklyn?

But he’s also skeptical if he’ll be worth it since he believes Drummond won’t be a major upgrade from Robinson.

“They are a first-round [playoff] team right now,” Marks said. And he answered with an emphatic “No” when asked if Drummond gives the Knicks a better shot of advancing deeper in the playoffs.

At a bare minimum, the Knicks can use Drummond as insurance for Robinson [if he’ll be out longer than expected] as they navigate the third toughest schedule in the second half.

When Robinson comes back at full health, Tom Thibodeau would have more options.

If he wants to generate more offense from the post, he could roll with the more offensively-polished Drummond. But if he wants rim protection, Robinson could have more value on the court. This could make Noel expendable and move Taj Gibson further down the rotation.

Drummond will be a bigger weapon to have against Joel Embiid or Giannis Antetokounmpo or the firepower-heavy Nets in a potential first-round playoff series. But as Marks suggested, Drummond won’t push the Knicks over the first-round hump.

However, the bigger concern would be the risk of drilling a hole in the already solid Knicks’ chemistry.

Drummond could eat into the Knicks’ lone post threat Julius Randle’s usage rate on top of potentially rubbing Robinson the wrong way. Unless the Knicks intend to flip Robinson into a major backcourt upgrade such as Lonzo Ball or in a larger package for an All-Star level guard like Bradley Beal or Victor Oladipo, Leon Rose and his shrewd front office could be on to something.