Thoughts on the New York Knicks season, if it’s over 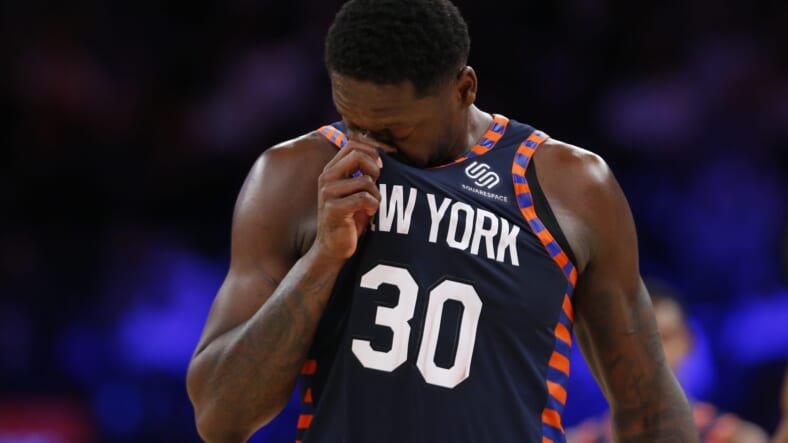 The New York Knicks and rest of the NBA season is in question.Â  The season could resume in a month or two and it could jump right into the playoffs.Â  But, everything in the sports world is a giant question mark currently.

With that being said, if the NBA returns and goes right into the playoffs, the Knicks season would be over.Â  We can look back on the season and determine what were the positives, if any.

First off, Knicks fans are spoiled.Â  More so than any other fan base.Â  It’s New York so the expectations are to contend for a championship.Â  It doesn’t matter whether all teams were good or bad the season before.Â  They’re expected to be contenders each year.

This season for the Knicks started with big, optimistic expectations that quickly turned for the worst.Â  That is something that all fans know very well.Â  The season began with thoughts of the Knicks sneaking into the back-end of the playoffs.Â  But, after a 4-17 start and head coach David Fizdale fired, that quickly vanished.

While the players always said the right things about striving to get better and competing for a playoff spot, the realism was they were far from it.Â  All and all, it was a typical Knicks season.Â  Big expectations with awful results.

The Knicks had a bunch of good things that came out of this season but the negatives out way the positives.Â  Positives were the play of rookie RJ Barrett and his ability to show the all-star capabilities for the future.Â  Mitchell Robinson’s progression a player and work on committing fewer fouls.Â  And Julius Randle didn’t fit well with the Knicks in his first season despite good stats.

And towards the end of the season, the aggressiveness and positive progression of Frank Ntilikina and Kevin Knox.Â  Knox had a smaller sample size at the end after a disastrous start to the season but thankfully fans saw something.Â  While more in-depth grades and thoughts will come, the consensus of the New York Knicks season was another stinker.