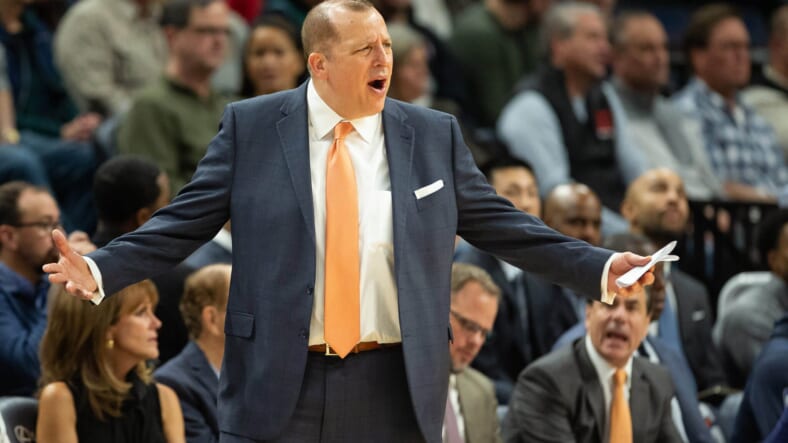 The New York Knicks have reshaped their coaching staff in the hopes of bringing back their glory years.

The Knicks officially announced on Friday the return of Mike Woodson along with the additions of associate head coach Johnnie Bryant and Tom Thibodeau’s trusted guys Andy Greer and Dice Yashimoto.

â€œWith these hires, we have added a wealth of basketball experience and knowledge that will be of great service to our players and our organization,â€ Thibodeau said in a statement. â€œAll of our coaches have had a high level of success in college, the NBA or internationally. We are assembling a hard-working and well-rounded coaching staff that will embody everything we want to be about: accountability, development, teaching and a winning culture.â€

Woodson brings accountability and winning culture to the table being the most accomplished coach in the Knicks franchise history in the last two decades.Â  He is returning to Madison Square Garden after spending three seasons with the franchise from 2012-2014 before getting unceremouniously fired by Phil Jackson.

Woodson took over from Mike D’Antoni as interim coach late in the 2011-12 where the Knicks went 18-6 to finish the season strong that led to his promotion as head coach.Â  He went on to guide the Knicks to their first Atlantic Divition title since the 1993-94 season with a 54-28 record in 2013. The 54 wins were the most by any Knicks team since the 1996-97 season. They beat the Boston Celtics, 4-2, in the first round of the playoffs to make it to the Eastern Conference semifinals for the first time since 2000.Â  Their phenomenal run ended in the next round with a 4-2 series loss to the Indiana Pacers.

Beset by injuries the following season, the Knicks fell short of the playoffs, finishing 37-45, that led to his ouster.Â  He ended up with the third-best winning percentage in franchise history (.580) and the seventh-most victories (109-79) by a head coach.

Greer and Yashimoto, meanwhile, were with Thibodeau in his last two stops in Chicago and Minnesota helping him reach post-season success.

Greer has previously served as scout for the Knicks and worked with Thibodeau in Jeff Van Gundy and later on Don Chaney’s coaching staff from 2001-03. He has also spent some time with the USA Basketball, first serving as one of Gregg Popovich’s scout in the 2019 USA World Cup team. He was also an assistant coach under Mike Fratello in the 2020 AmeriCup Qualifying team.

Marc Berman of New York The Post reported that Andy Greer’s younger brother, Larry, has a good chance of reuniting with the group. Larry Greer was also with Thibodeau in Minnesota and most recently served as one of Monty Williams’ assistant coach in Phoenix.

Yashimoto, meanwhile, will reprise his role as Thibodeau’s right hand man. He will serve as assistant to the head coach. Previously, he served Thibodeau as Special Assistant to the President of Basketball Operations in Minnesota.Â  Yashimoto most recently held the position of Director of Basketball Strategy and Video at University of Georgia, bringing with him an intel on Anthony Edwards, one of the top rookie prospects in this year’s Draft.Â  Empire Sports Media has learned from a source inside University of Georgia that Yashimoto’s contract with the Bulldogs expires today.

Bryant along with Kenny Payne have built a strong reputation as solid skills and player developmental coaches and players’ whisperers.

In the midst of reshaping the Knicks organization, the team’s long-time Director of Performance Mubarak Malik has stepped down from his post.

Today marks the end of a chapter for me.. I resigned from my dream job. Truthfully, the only job I ever wanted since high school.. I could write a dissertation about how much the last 7 seasons meant to me and how much Iâ€™ve grown by working with one of the most prestigious sports teams in the world.. but you know what?? NO ONE can question my tireless work ethic, my daily pursuit of excellence to be the best I could be, so that I could best serve the team or take away the impact Iâ€™ve made in the NBA in such a short period time.. and thatâ€™s why Iâ€™m at peace with my decision. Forever grateful to the Knicks for believing in me and allowing me the freedom to reach a life goal… and to the amazing players I worked with and got to know personally(all of you) THANK YOU. â¤ï¸ðŸ’ªðŸ½ðŸ’¯ #OnceAKnickAlwaysAKnick #NYC #NewYorkorNoWhere

Malik joins Craig Robinson, the former Vice President of Player Development and Minor League Operations, as the latest members of the Knicks organization who held critical roles in player development to leave.

Robinson, the brother of former First Lady Michelle Obama, left the team in July and has since accepted a post to become the chief of the National Association of Basketball Coaches.

Malik, meanwhile, has been with the Knicks since 2012-13 season starting out as strength and conditioning coordinator before getting promoted in 2014.Â He was heavily involved with on-court player development and sports science. Prior to joining the Knicks, he worked with MLBâ€™s Pittsburgh Pirates for six years as strength and conditioning coach for both the major league club and throughout its minor league system.Â  He holds Masterâ€™s degree in Movement Sciences from Arizona University.