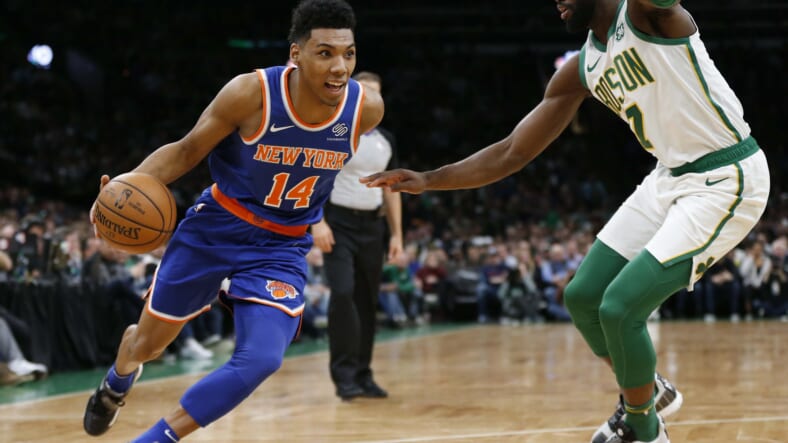 The New York Knicks have many decisions to make this off-season. One thing that Coach Fizdale needs to look at is the shooting guard position.

The Knicks need a scorer. After trading away Tim Hardaway Jr., the Knicks did not have a consistent shooting guard.

Many players have played that position.Â  Daymean Dotson, Allonzo Trier and Kadeem Allen are labeled as shooting guards on the roster.

With that being said, who should start the season in that position?

Coach Fizdale appears to have fallen in love with Kadeem Allen.Â  Allen played well for the Knicks after being called up from Westchester.Â  He can score, is aggressive and also provide defensive support.

Dotson can score as well and provides even better defensive coverage than Allen.Â  Trier is probably the best pure scorer of the three, but his defense is not as good as the other two.

However, with the Knicks lacking scorers with their current lineup, Trier might be to be the guy to start the season in the shooting guard role.

Frank Ntilikina could also be consider, however, he needs to take a giant leap on the offensive side.

The Knicks will most likely be juggling with this position again all season until they find the correct player.Â  Any of the four Knicks mentioned can be the consistent shooting guard.Â  It all depends on who wants to be the best two-way shooting guard.