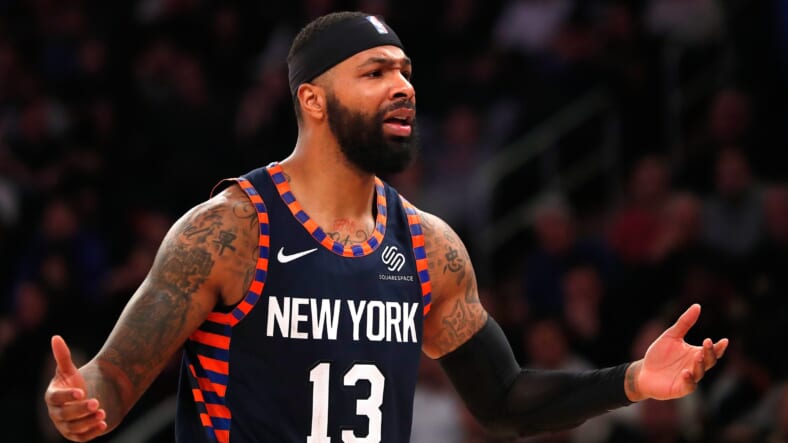 The New York Knicks are going to get offers for Marcus Morris ahead of next Thursday’s NBA trade deadline.Â  However, Morris was on record saying that he wants to be in New York for the “long haul.”Â  He wants to help the younger players develop but that has gone by the waist-side.

While that is nice to hear, the 30-year-old shouldn’t be in the future plans for the Knicks.Â  According to SNY’s Ian Begley, Morris and the Knicks might have a mutual interest in reaching a agreement in free agency this summer.

The front office is going to have to think long and hard about that one.Â  Morris is currently on a one-year deal worth 15 million.Â  He’s currently having his best offensive season of his career for the Knicks.Â  Morris is averaging a career-high 19.2 points and 3-point percentage of .439.

While Morris has been a leader, of some sort, he’ll be coming off his best year as a professional.Â  Therefore, he’ll want a decent size contract.Â  The Knicks will have some money to throw around but maybe not for an aging small forward.

If we’re being totally honest, Morris hasn’t been the best of leaders.Â  He’s an isolation player on offense and is third the league in technical fouls with 10.Â  That’s not exactly what the Knicks envisioned when they swiped him from the Spurs this off-season.

Morris has not been the leader like we all thought.Â  Players have bad body language and they continue to lose games.Â  He’ll turn 31-year this September and Morris will take away playing time from the younger players.Â  It’s best for both sides to just go their separate ways after this season, even if we all love Mook, it just hasn’t panned out.