Should the Knicks pounce on Chris Paul or walk away from his desire to come to New York? 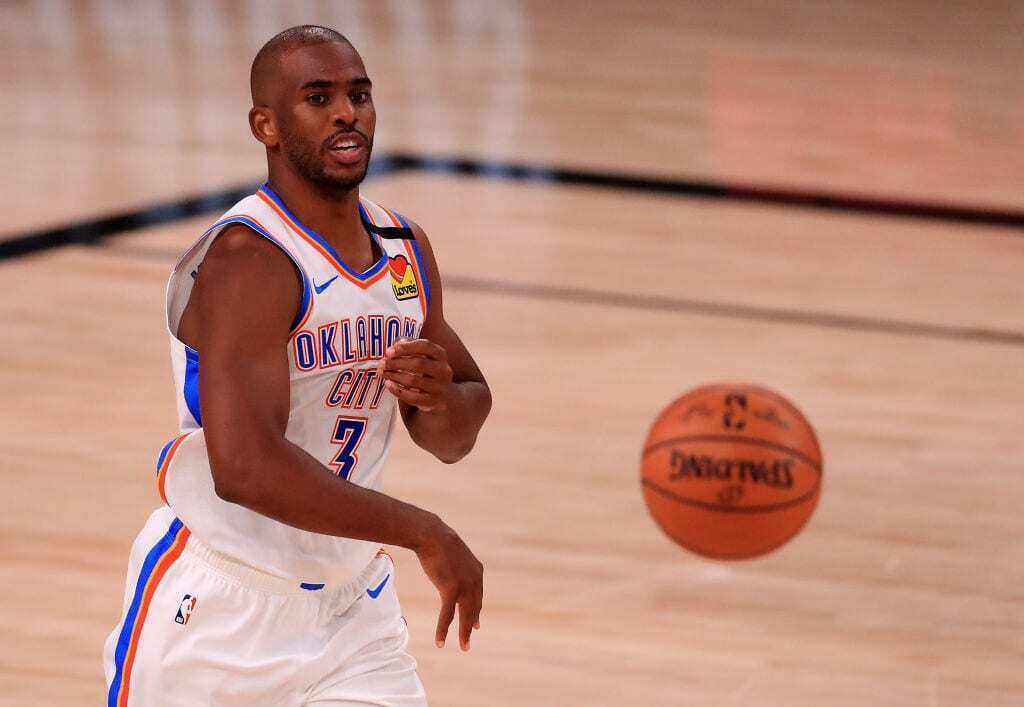 The New York Knicks have a rare opportunity to secure the likes of a former Hall of Fame player. 15-year veteran Chris Paul and his behemoth contract seem to have identified New York as a potential candidate for a trade from the Oklahoma City Thunder.

Jonathan Macri of the Knicks Film School reported that Paul is interested in joining the Knicks, but it depends on Leon Rose’s interest.

â€œIâ€™ve been told by a league source that Chris Paul prefers his next basketball home to be either in LA or NY (Los Angeles is where he resides full time) and that has created some modicum of leverage in the ongoing negotiations between the sides. Iâ€™m also told that there is a deal on the table that is comfortable from Sam Prestiâ€™s perspective, and the ball is in Leon Roseâ€™s court,â€ Macri wrote in his newsletter.

Should the New York Knicks even consider bringing over Paul?

Before we dive into his contract, letâ€™s take a look at his statistics from 2019-20. Paul finished with 17.6 points per game and averaged 6.7 assists. He earned a .489 field goal percentage and hit .365% from downtown. His field goal percentage was the highest itâ€™s been since 2009 when he played for the New Orleans Hornets.

It is clear that Paul is still capable of playing at a high-level, having earned an All-Star appearance last season.

Nonetheless, he is 34 years old and is one of the more vocal and egotistical players in the league. Pairing him with youngsters like Kevin Knox, RJ Barrett, and Mitchell Robinson could be a good fit for them and their development, but he might get frustrated if the team continues to lose at the rate they have been the past few seasons.

Moving onto his contract, Paul is earning a lofty $41.35 million next season. That would take up a significant portion of the Knicksâ€™ cap space, but they will be getting one of the best players in the league in the process, which is a rarity for a team that seems to be a deterrent for quality players. Trading for him would essentially give the Knicks two years of Chris Paul, which could be significant for their development as a team and overall success.

However, I still believe building around youth should be the priority, and making an acquisition like Paul might be a bit optimistic. The Thunder are simply trying to get him off the books ever since acquiring him from the Houston Rockets. Considering the Knicks are only one of several teams capable of absorbing a contract that large, they might be able to secure him on a friendly deal.

Giving up significant assets for a two-year contract with Paul shouldnâ€™t be a consideration for Leon Rose, though.