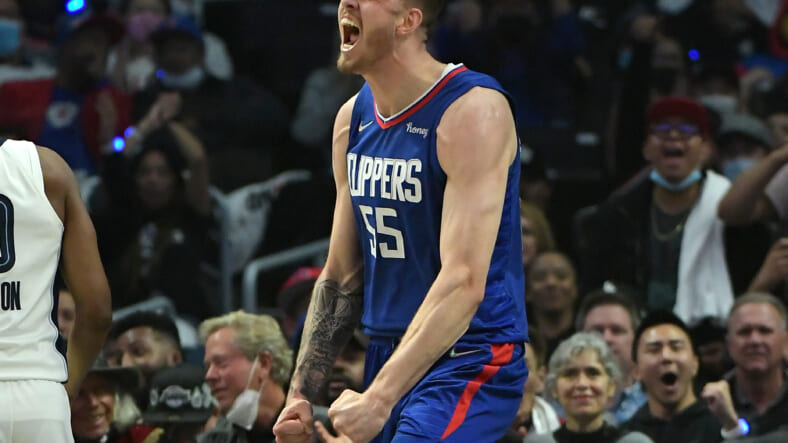 Hartenstein has agreed to sign a two-year, $16 million fully guaranteed deal with the Knicks, per The Athletic’s Shams Charania.

Both Brunson and Hartenstein are clients of Creative Artists Agency, where Knicks president Leon Rose became a powerful NBA agent before becoming a team executive.

The 7-foot German-American center was solid for the Clippers as Ivica Zubac’s backup. Hartenstein averaged 8.3 points, 2.4 assists and 4.9 rebounds and 1.1 blocks in 18 minutes off the bench. He shot well from the outside, albeit in small sample size, sinking 14 of 30 three-pointers last season.

Hartenstein projects to be Nerlens Noel’s replacement as the Knicks are reportedly bringing back their starting center Mitchell Robinson to a lucrative four-year deal using his Bird rights.

Noel was traded to the Detroit Pistons, along with Alec Burks, to open up cap space for Brunson.

Hartenstein was the Houston Rockets’ second-round pick in 2017. After two unproductive seasons with the Rockets, Hartenstein worked his way to becoming a solid rotational piece in the NBA G League. He led the Rio Grande Valley Vipers to the 2018-19 NBA G League championship, winning the Finals MVP after scoring a career-high 33 points on eight three-pointers.

He returned to the NBA playing as Nikola Jokic’s backup in Denver before getting traded to the Cleveland Cavaliers for Javale McGee. The Clippers planned to re-sign Hartenstein this offseason using their taxpayer’s midlevel exception until John Wall became available.

Hartenstein will provide a new dimension to Knicks’ center rotation with his ability to hit perimeter shots and his passing ability, something that Robinson and Jericho Sims have yet to show.