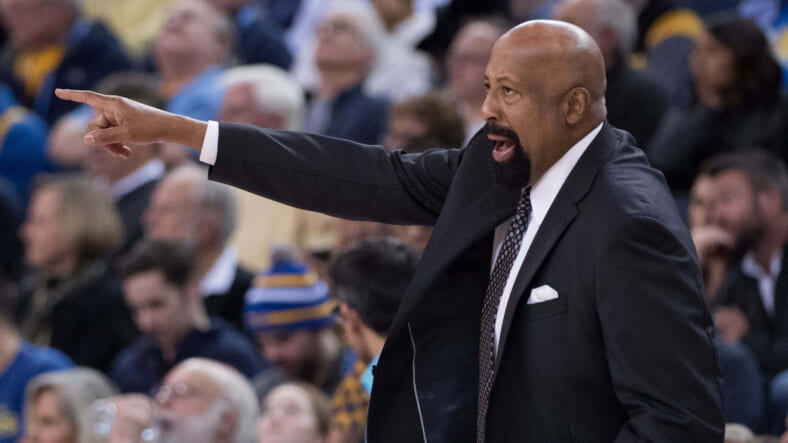 You know the New York Knicks are headed in the right direction when their coaching staff is in demand.

Knicks associate head coach Johnnie Bryant and assistant Kenny Payne have both begged off from college coaching opportunities with the University of Utah and DePaul. But Mike Woodson could not turn his back from his alma mater.

Woodson is expected to accept an offer to coach Indiana University, according to multiple reports.

Indy Star was the first to report the news.

The reported deal will make Woodson the Hoosiers head coach for the next six years, according to Adrian Wojnarowski of ESPN.

New York coach Tom Thibodeau made it clear that the Knicks organization will not stand in the way for his assistant coaches to leave the team for head coaching opportunities in the NCAA.

Thibodeau expressed confidence that they can survive a mid-season exodus.

â€œIâ€™m very pleased with our staff. We have a great teaching staff,â€ Thibodeau said. â€œWe have a number of guys who could step up.â€

Woodson was the Knicksâ€™ 12th overall pick in the 1980 Draft. He played 11 seasons in the NBA as a journeyman. After hanging up his sneakers, he embarked on a coaching career that started in Milwaukee in 1996. He worked as an assistant coach for 10 years, winning an NBA championship under Hall of Fame coach Larry Brown in Detroit.

Woodson got his first head coaching break in Atlanta. He coached the Hawks from 2006-2010, improving each season and leading them to the playoffs three times.

He drifted back to being an assistant before taking over the Knicks job when Mike D’Antoni resigned in 2012. Woodson was the last Knicks head coach to have led the team to the playoffs in 2013. He was fired the following year after the Knicks narrowly missed the playoffs due to a spate of injuries.

Woodson later joined the Los Angeles Clippers as an assistant before resigning in 2018. He joined Thibodeau’s coaching staff after being one of the finalists for the job.

The Hoosiers will bring Woodson home since he played under legendary coach Bob Knight at IU from 1976-80.