Report: Knicks are the ‘most aggressive’ potential trade suitor for Cleveland’s Collin Sexton 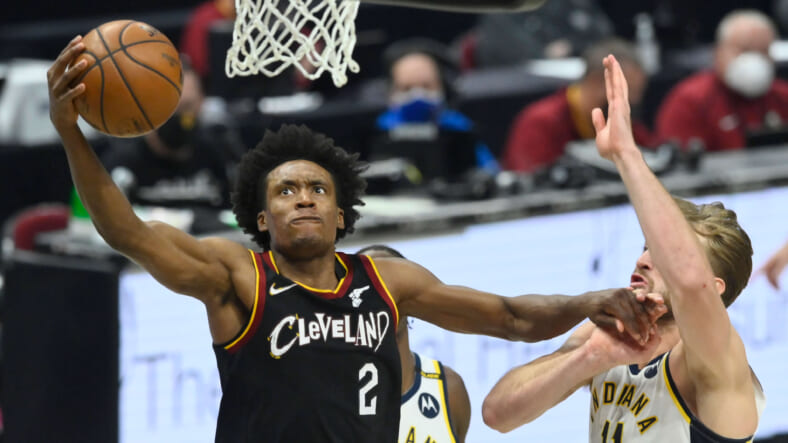 Making a premature trade could be ill-advised for the New York Knicks, who will have plenty of point guard options this off-season. Ranging from free agency to trade opportunities to the NBA draft, being patient and waiting for the right opportunity would be an ideal strategy for the front office, but recent reports have indicated that management is intrigued by Cleveland Cavaliers point guard Collin Sexton.

Per Shams Charania of The Athletic:

TheÂ KnicksÂ are the most aggressive trade suitor for Cavaliers guardÂ Collin Sexton, sources said. Sexton is eligible for his rookie extension this offseason, and with one year left on his deal, it allows Cleveland to continue to be patient in constructing the roster.

Sexton is an interesting player, offering solid offensive prowess but lacking in the defensive category. At 22 years old, the Alabama product is entering his fourth season, averaging 24.3 points, 4.4 assists, and shot 47% from the field last year. Over 4.4 attempts per game from range, he connected on 37%, an adequate number that has room to grow, especially under head coach Tom Thibodeau who elevated his team last year.

There will be competition for Sexton, who also has suitors interested in Miami and Indiana, but the Knicks have ample assets to part ways with in a potential deal. The expectation is that he will be available this off-season, and clearly, they value him as an offensive producer, a spot the team severely lacked in last season.

The acquisition of Sexton could present the possibility of letting Derrick Rose depart freely without retention consideration, but they would also have to add a defensive PG to complement the Cleveland guard. Having averaged 35.3 minutes per game, a career-high last season, he can serve as an everyday option with a young draft selection behind him.

Ultimately, the question is, what will Cleveland demand in return for Sexton? Clearly, they donâ€™t want to offer him his rookie max extension, and the Knicks could look to execute that deal. If possible, retaining at least one of their first-round picks would be ideal in a prospective trade. He will earn only $6.35 million next season with a qualifying offer looming at $8.6 million, so the Knicks would still have plenty of funds to allocate in FA, increasing the possibility of retaining Rose in addition.

What do you think about the possibility of acquiring Collin? Comment below!