New York Knicks: What to expect from Julius Randle during the 2019-20 season 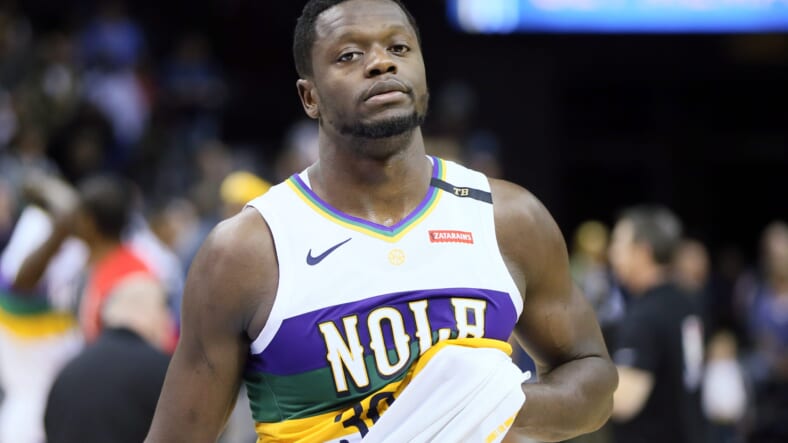 The New York Knicks were passed over by superstars such as Kevin Durant and Kyrie Irving this offseason/free agency period.

The team’s lack of experience and inconsistency was not appealing for players looking to make the playoffs during the 2019-20 season. Just last year, the Knicks finish with a 17-65 record and have more challenges to overcome before they can be a contending team.

However, they did manage to acquire one quality player that will help transform their offensive production and overall success. Former New Orleans Pelican, Julius Randle is the player of notice. Randle signed a three-year, $62.1 million contract.

The Knicks didnâ€™t shy away from paying him big money to help overhaul their team and inject a bonafide starter into the lineup. Randle averaged 21.4 points, 3.1 assists, and 8.7 rebounds per game during the 2018-19 season. Heâ€™s a primary power forward that can drive to the basket but also connect on jumpers from the perimeter.

From three-point land, he connected on .344 percent of shots. His field-goal percentage was .524 and from the free-throw line .731%.

One of the more impressed and optimistic stats in regards to Randle is that his shooting percentage has increased throughout his career. He leveled off last season at 52.4% shooting, but his inception into the NBA saw him shooting just 42.9%.

New York Knicks: Julius Randle has challenges to face too

While his offense is above average, Randle has struggled on defense and will need to work around that deficiency in 2019. Heâ€™s not an overnight fix for the entire roster and wonâ€™t make them a top team in the East, but he will help them progress in the right direction and start off strong with multiple influential players going into their sophomore seasons.

Rookie RJ Barrett will also earn a lot of playing time and will have a quality player like Randle to lean on and learn from. His veteran leadership will be beneficial and is part of the reason why the Knicks had no problem splashing the cash on his contract.