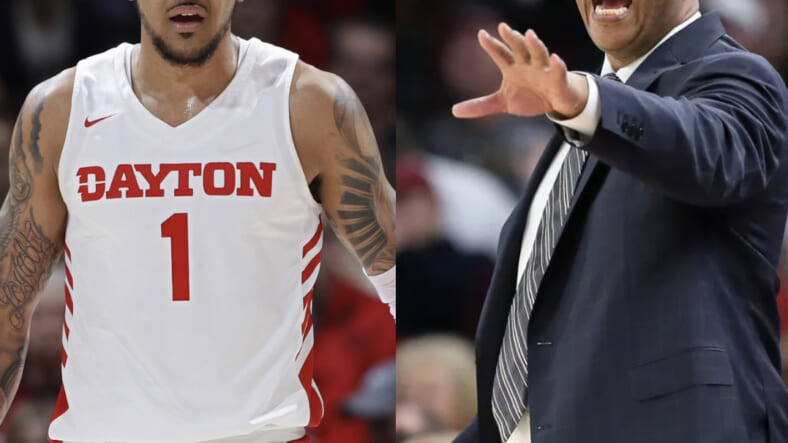 Obi Topin has been training with Kenny Payne every day. Getty Images/USA Today

Much has been said about the lore of the big man’s whisperer Kenny Payne out of Kentucky.

Payne, who has helped produce some of today’s finest big men in the NBA, from Anthony Davis to Karl-Anthony Towns to Bam Adebayo, has taken New York Knicks‘ rookie Obi Toppin as his next most important project.

Toppin has been in the “House of Payne” every day as he prepares for his much-awaited NBA debut.

“I feel like the moment I stepped on this facility, Kenny Payne has been preparing me,” Toppin said on his zoom call with reporters on Thursday.

Toppin has been impressive in the training camp so far. He confirmed the earlier report of Ian Begley of SNY that he’s delivered franchise-level records in the agility and conditioning drills and measurements.

“I always put in the work. Iâ€™m automatically ready for it. I always asked whatâ€™s the highest score so I could beat it,” said Toppin showing this early his competitive spirit.

Payne is a drillmaster on the court but has been described as an “uncle figure” off it. He can become stone-hearted during training, but he’s a light-hearted guy who hangs out with you after all, is said and done.

“Me working out with Kenny Payne, he’s been teaching me a lot on and off the court. He tells me to stay the course, be who I am because he knows I love to grind, and he knows I love to work. He pushes me every single day to get better and to be great. And I appreciate that,” Toppin said.

Toppin has become the talk of the town ever since he fell on the Knicks’ lap at No. 8 in the draft. The hometown kid has been dreaming of this since he was young, tagging along with his father Obadiah (popularly known as Dunker’s Delight) in the parks around New York.

“During the Draft Night, I knew there was a chance that I might get picked up by anybody. Like me getting picked by New York is a blessing. I wouldnâ€™t change it for the world. I love where I am right now. Iâ€™m home. Iâ€™m with a good group of guys, a good group of teammates. Everybody whoâ€™s in the office, everybody here is amazing. Iâ€™m glad where I am at,” Toppin said.

His early indoctrination to New York basketball, he said, has prepared him for the big moments where heavy pressure can weigh down a player of less caliber.

“I feel like I donâ€™t have to be worried at all. All that outside stuff thatâ€™s gonna happen. I feel like me having grown up in New York, me having the opportunity to play in the Rucker Park, Dyckman, West 4th (street), and all those amazing parks in the city I feel like, they were crazy fans out there if you can play in there, you can play anywhere,” Toppin said.

Toppin’s singular focus is not the Rookie of the Year or any individual award. He knows that will come if the Knicks play meaningful games in June and July.

“Iâ€™m a big team-guy. Iâ€™m never gonna say my expectations only for myself. Me, coming into a new brotherhood, new family, I feel like I wanna change the culture, I wanna win a lot of games. I wanna get to the playoffs,” Toppin said.

Toppin has done that in Dayton, helping the Flyers finish third in the A-10 conference after a 14-17 record during his redshirt year. Last season, Toppin led the Flyers to greater heights finishing with a 29-2 record, 18-0 in Atlantic conference play, and a no. 3 ranking in the nation before the global pandemic shut down the college season.

Toppin dreams the same for his home team, who hasn’t been to the playoffs in the last seven years. He knows there’s pressure to deliver, but he’s also been prepared by the New York playgrounds to block off the noise.

“I feel like we have a great fan base, but at the end of the day, theyâ€™re not in between those lines like we are. We have teammates who work and grind every day and coaching staff, pushing us every day to be great. At the end of the day, we just gotta worry ourselves and worry about our team and do everything we can to help the team win,” Toppin said.

Toppin has heard all the criticisms about his defense or lack thereof. But he has so much faith in his work ethic and coach Tom Thibodeau that he doesn’t worry about that part.

Thibodeau is excited to have Toppin. And this early, he’s been thinking of schemes to not expose Toppin into situations where the opposing teams can exploit his weaknesses.

“Weâ€™re really excited about him. He got in immediately. We sort of followed him in his draft preparation,” Thibodeau said.

A big asset in today’s NBA

Toppin, along with undrafted Knicks rookie Myles Powell and third-year wingman Kevin Knox, has worked under Thibodeau’s former assistant coach in Minnesota, Rick Brunson, in South Jersey ahead of the draft. The Knicks have the intel on him all this time.

“His energy, skillset, his ability to shoot, I think offensively heâ€™s about as ready as a young guy can be coming into the league. Defensively, heâ€™s gotta learn, heâ€™s gotta grow as most young guys do. But we think heâ€™s a great fit for what weâ€™re looking to do,” Thibodeau said.

“We liked his overall talent. We liked the fact that we felt heâ€™d be ready to play right away. I think the big thing with him is his shooting ability. The way he can stretch the floor, that will be a big plus for us. Of course, the defensive part is something we have to work on and we have to do that as a team. But I think his ability to play multiple positions, his ability to put the ball on the floor, make plays. Thatâ€™s a big asset in todayâ€™s NBA,” he added.

Locked in to be great

Most scouts believe that if Toppin can develop into an average defender in the NBA, he’ll have a solid career. But Toppin isn’t contented with just having a solid career. He wants to be great, a Hall-of-Famer, to leave a legacy behind.

“With the coaching staff and the players that we have, theyâ€™re gonna push me as well as I am going to push them to do everything we can to be successful.”

Punishing himself in the “House of Payne” every day is the start of his journey to his goal. Payne has a magical touch. Toppin has the work ethic to match it.

“Me, doing the conditioning test like Iâ€™m ready because heâ€™s been preparing me. And I felt like when the games come, everything heâ€™s been teaching me like Iâ€™m going to be ready to use those tools on the court,” Toppin said.