New York Knicks fans should not be mad over Kawhi decision 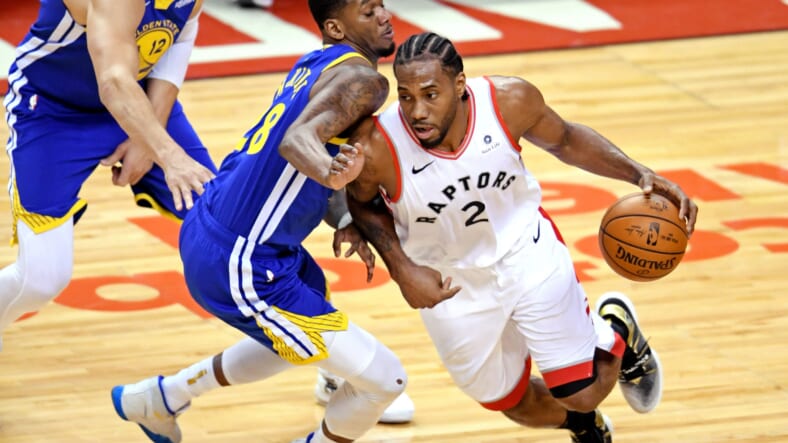 News broke two days ago that the New York Knicks backed out of meeting with free agent Kawhi Leonard.Â  The Knicks were suppose to meet with Leonard on Wednesday after he met with the Los Angeles Clippers and Lakers.

Let’s be honest, the meeting was not going to lure Leonard to New York.Â  It would have been a courtesy meeting for one of the biggest basketball markets and nothing more.

Kawhi Leonard was not going to play for the New York Knicks.Â  There was a very small chance of the Knicks actually landing him.

Kawhi just won an NBA title and MVP.Â  He has been winning his entire career.Â  The Knicks are not doing anything close to those things.Â  It really does not make any reasonable sense for him to select the Knicks.

The Knicks brass made a very wise decision in backing out of the meeting.Â  It seems like they knew that they were a long shot to sign him and did not want to tease the Knicks faithful with any more fairy tales.

Many fans, analysts and talk show hosts continue to crush the Knicks for doing this.Â  However, it was the right move.Â  They were not getting Leonard, so why get the fans hopes up for even the slimmest possibility of signing him.

This was a smart decision made by Scott Perry and Steve Mills.Â  Let the Knicks move on with the young, fun core of players they had and have brought in for the upcoming season.