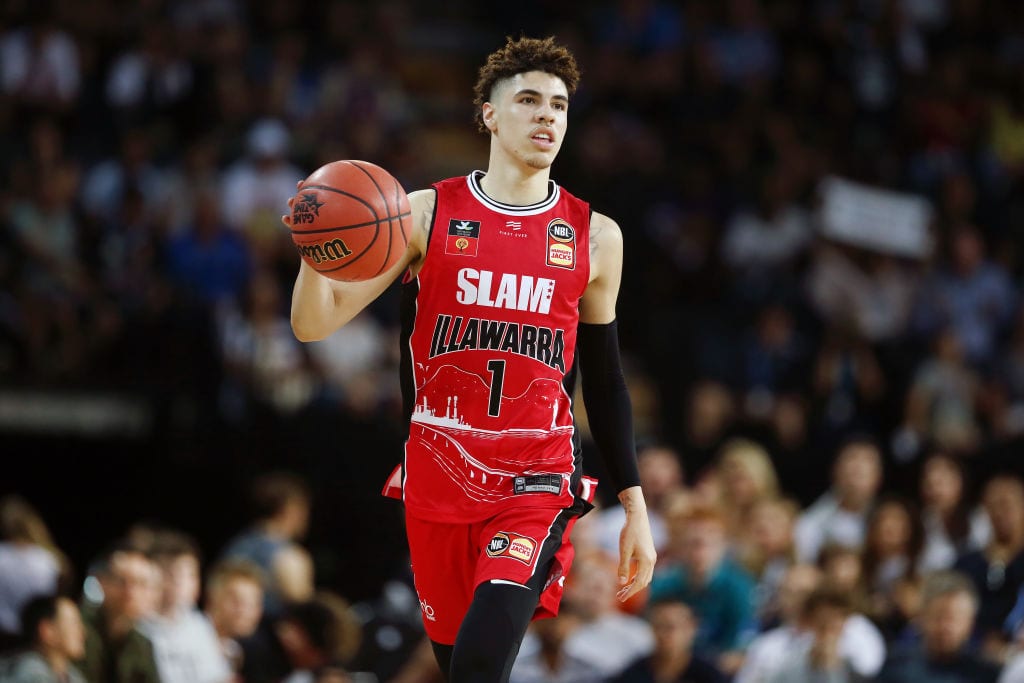 LaVar Ball doubled down on his wish for his son LaMelo to end up with the New York Knicks.

Appearing on The Pascal Show on youtube last week, LaVar mentioned his preferred destination for LaMelo, a projected top-three pick in this year’s NBA Draft.

“I want him either in New York or Detroit,” LaVar said.

“It doesn’t matter where you go,” LaVar added. “The key is to have the right coach behind you.”

[wpdiscuz-feedback id=”hy7c211x5p” question=”Are they the right coach for LaMelo Ball?” opened=”0″]LaVar’s latest statement could be viewed as an endorsement of Tom Thibodeau and Dwane Casey as the ‘right coach’ for his youngest son.[/wpdiscuz-feedback]


The Knicks have recently hired Thibodeau as their new head coach for their latest rebuild, while the Pistons currently have Dwane Casey.

Both coaches have a history of coaching All-Star point guards in the league.

Thibodeau has coached Derrick Rose, who became the youngest MVP in the NBA while still in Chicago. On the other hand, Casey had molded Kyle Lowry into an All-Star when he was with the Toronto Raptors.

Both the Knicks and the Pistons are searching for a lead guard, and LaMelo is widely believed to be the best point guard in this draft.

LaMelo has earlier confirmed that he has interviewed with the Knicks before the Draft Lottery.

It’s also worth noting that LaMelo’s manager, Jermaine Jackson, is from Detroit. Jackson played and coached at Detroit Mercy and also had stints with the Pistons (1999-2000) and the Knicks (2005) as an undrafted NBA journeyman.Â Lamelo has been training in Detroit since March.

Recently, LaMelo has also met with the Minnesota Timberwolves as per Jonathan Givony of ESPN. The Timberwolves hold the No.1 pick in the Draft.

LaMelo is also expected to interview with the rest of the top four teams in the draft — Golden State Warriors (No.2), Charlotte Hornets (No.3), and Chicago Bulls (No.4).

The Knicks currently have the eighth pick while the Pistons are above them at seventh. Both teams have to trade up to have a shot at LaMelo. But there’s also a remote possibility that LaMelo will fall after rumors of his underwhelming team interviews began to float recently.

“Here is what Iâ€™m hearing from the league at large: LaMelo Ball is not performing very well at job interviews,” Bonnel said.

“Iâ€™ve heard that from multiple sources. He is not improving his perception via job interview. There are people drafting later in the top ten who were not preparing for the possibility of Ball still being around. And Iâ€™m not saying that he will not be a top-three pick. I am saying that I know for a fact that there are teams later in the top ten who are doing more research on him because they no longer think itâ€™s a given he will.”

LaMelo’s combination of size, ballhandling, and court vision has made him a projected lottery pick. But on the flip side, questions about his professionalism and shot selection have held him back from becoming the top consensus pick. And his reportedly underwhelming team interviews are not helping him.