Knicks to debut new statement jersey vs Hawks on Nov. 2 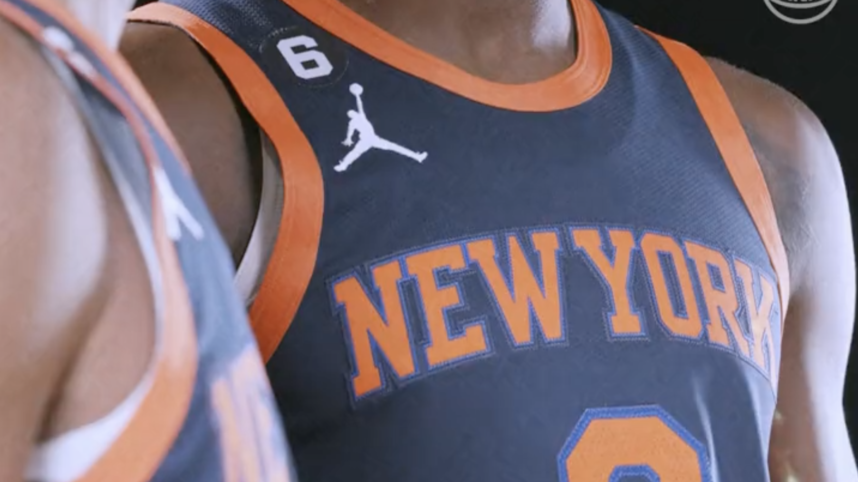 The New York Knicks will sport a black theme for their 2022-23 Jordan Brand Statement Edition jersey. Their new kit was unveiled on Wednesday and will have its official debut when the Knicks host Eastern Conference rival Atlanta Hawks on November 2.

While they deviated from their traditional royal blue colorway, their new statement uniform retained the bold and classic “NEW YORK” design emblazoned across the chest in orange and blue trim matching the jersey number.

Bill Russell’s no. 6 memorial patch and the Air Jordan logo are prominent in the upper left corner, while the left side, reserved for jersey sponsor, is still vacant after their contract with website publisher Squarespace expired at the end of last season. The Knicks have enlisted Sportfive agency‘s services to help them find their next jersey patch sponsor.

The new Knicks statement jersey sports an orange-to-blue fade stripe on each side, a contrast from their City Edition jersey in collaboration with Kith during the 2020-21 season.

There is no official release date yet, but it is expected to become available on or before the first of four Knicks-Hawks matchups this season.