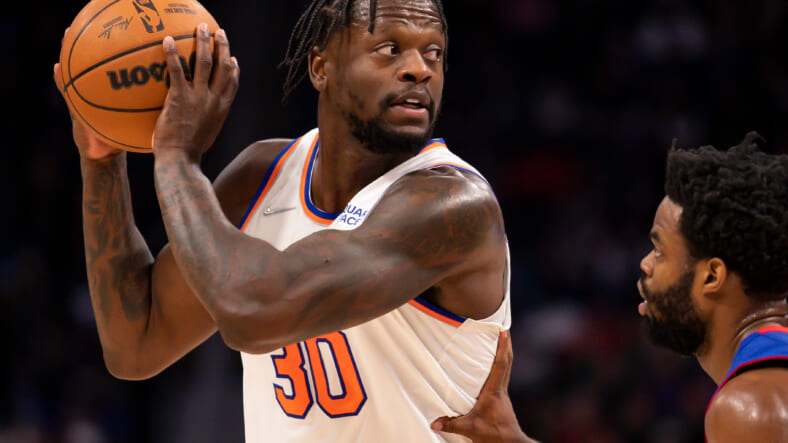 After losing two consecutive games last week, the New York Knicks found the win column once again on Tuesday evening, thanks to an electrifying performance from Julius Randle.

Randle sat out the past two games due to NBA health and safety protocols, and the Knicks felt the brunt of his absence as they lacked physicality inside. The mere presence of Randle opens up opportunities for his teammates, and the Knicks enjoyed his services lavishly against the Pacers, a game they won 104–94.

While Indiana remained in the game until the end, the Knicks protected a slim lead, pulling away with minutes left to carry it to double-digits.

Randle finished the game with 30 points, 16 rebounds, and four assists over 38 minutes. Despite coming off Covid, head coach Tom Thibodeau didn’t hesitate to utilize him as a regular starter, as he connected on 12 of 20 shots from the field.

Barrett recorded 17 points alone in the first quarter, playing a game-high 41 minutes. The Knicks did a great job limiting Indiana, as only one player reached 20 points on the evening, Keifer Sykes (22 points).

New York desperately needed to get back in the win column after two disappointing losses to sub .500 teams (OKC and Toronto). Obviously, they missed Randle’s command and physicality, which he displayed nicely with his 16 defensive rebounds.

While the Knicks only connected on 21.4% of their three-point shots, they did hit 63.5% of their two-point field goals, recording five additional rebounds compared to Indiana, who posted nine. Overall, the Knicks far outpaced Indiana in the rebound apartment, picking up 51 total compared to 35.

Off the bench, Immanuel Quickley contributed 11 points and Alec Burks 14 points, six rebounds, and four assists. Nonetheless, Barrett and Randle led the way, which is exactly what Thibodeau needed to see from his two players who entered the season with elevated expectations.

Hopefully, this will spark a run for New York, who will prepare to take on the Boston Celtics on Thursday and Saturday in back-to-back games.