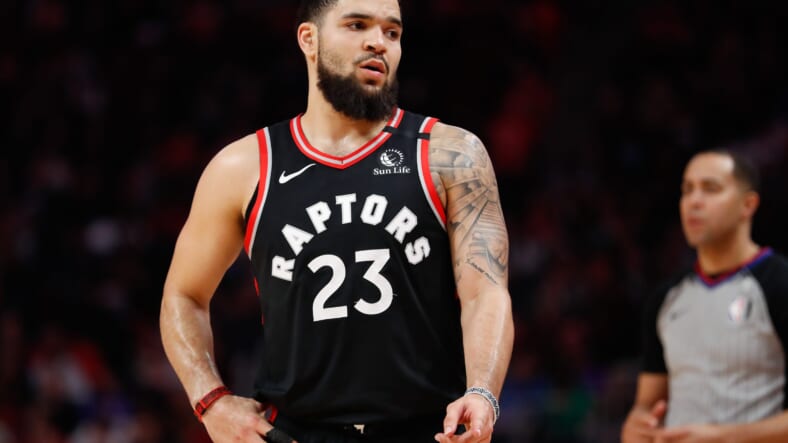 The New York Knicks‘ potential free-agent target has indicated that he will go where he feels he is most valued.

Appearing on J.J. Redick’s The Old Man and the Three podcast, Van Vleet never shied away from the biggest question he will face in the coming weeks.

“I’ve never been shy about it. I’ve never talked about it publicly, but I’ll share it with you guys. I’m trying to get paid, man. I’m not shy about that,” Van Vleet said.

“I don’t have to tell people that I value winning. Look at my story, do your research. I’ve never been on a losing team in my entire life. That’s what I’m about. That’s just what it is. I won a championship, and now it’s time to cash out on 26 [years old], but I feel like I’m on the verge of blossoming even more in a lead role and with more responsibility… At the end of the day, it’s not purely numbers, but the numbers do play a big part, and I just want to feel my value reciprocated from the other end.”

He wants the ðŸ’° and a lead role! Go, figure out where he wants to go. pic.twitter.com/vIzDyly9SB

Van Vleet’s rise from an undrafted player is one of the most compelling stories in the NBA.

He played a pivotal role in the Toronto Raptors’ championship run in 2019. His stellar play last season also helped them to reach the Eastern Conference semifinals despite the departure of Kawhi Leonard and Danny Green.

Van Vleet is coming off a career season where he averaged 17.6 points, 6.6 assists, 3.8 rebounds, 1.9 steals, and led the league in deflections with 4.2 per game. He also shot just a shade under 40 percent from the deep.

The Knicks, hunting for a lead guard, have the cap space to make a splash in the free agency.

But the Detroit Pistons and the Phoenix Suns, if the Chris Paul trade does not materialize, are expected to crowd them and the Raptors for Van Vleet’s services.

The Raptors could offer him a staggered four year, $70-million deal to maintain cap flexibility for 2021. But it appears they would need to shell out more to retain their unrestricted free agent.

ESPN’s front office insider Bobby Marks estimates that Van Vleet would fetch around $18-20 million in the free agency. Before the pandemic, when the economy was healthy, Marks said one team told him that Van Vleet could be worth $25-30 million.

Without the league’s superstars in the free agency, Van Vleet is considered the top prize.