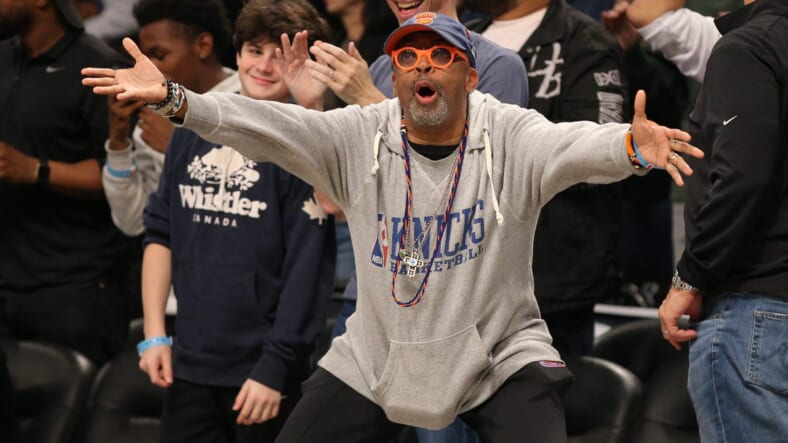 New York Knicks basketball remains the hottest show in town despite the emergence of the Brooklyn Nets as a legitimate title contender this season.

The Knicks have become the league’s Cinderella story this season, defying the Vegas odds (22.5 wins) to advance to the playoffs for the first time in eight years. And not only did they break the long playoff drought, but the Knicks have also clinched a homecourt advantage in the first round with the fourth seed.

They will host the Atlanta Hawks in Game 1 on Sunday in what is expected to be a loud and relatively packed Madison Square Garden.

Tickets to the Knicks’ much-awaited playoff return have yet to be released to the general public, but their prices have astronomically gone up in the secondary market.

Stub Hub has Game 1 tickets being resold for as low as $356 in the nosebleed section to as high as $31,500 in the VIP courtside row. Meanwhile, tickets to the Nets’ Game 1 are listed for as low $162 to as high as $2,761 in the middle section of the Barclays Center. No VIP seats and suites were posted as of press time.

Season ticket holders got the first access to the tickets on Tuesday. Deposit holders are next in the pecking order, and whatever is left will be open to the public beginning Wednesday, according to a MSG source.

Team governor James Dolan said the Knicks are eyeing to have more than 50 percent of the Madison Square Garden’s seating capacity for the playoffs. Dolan made the announcement during New York governor Andrew Cuomo’s press briefing on Monday.

“For Knicks home playoff games, we’re shooting to have more than 13,000 fans at the Garden. The majority of whom will be sitting in vaccinated sections shoulder-to-shoulder.”

Fans in the vaccinated section will not be required to wear their mask.

Unvaccinated fans will have to wear a mask and be required to submit a negative COVID-19 test.

Dolan urged fans to get their COVID-19 vaccines to ramp up their return, especially if the Knicks advance past the Hawks.

“Go today and get your vaccination so that when these shows come, when the Knicks make it to the second round â€” Oh, I hope â€” you can come, and we’ll have a seat for you,” Dolan beamed with excitement.

“Any of you who know about basketball know about the concept of the 6th man and the homecourt. We’ve been missing our 6th man, and we’ve done as well we’ve done without our 6th man. But we’re getting our 6th man back for the playoffs, so we’re going to be even better,” Dolan added.

Only 1,981 fans have been allowed to every Knicks’ home game since February.

Dolan was appreciative of the Knicks fans he credited for helping the team’s major turnaround this season.

The enigmatic Knicks governor, who had his shares of a public spat with fans in the past, has made himself scarce until Monday. To his credit, he has done a remarkable job staying out of trouble. His recent moves — hiring Leon Rose and signing off Tom Thibodeau as head coach — have been lauded around the league and dramatically changed the Knicks’ narrative. Rose and Thibodeau have established a culture that could attract stars soon.

“Our fans have been extremely loyal and have helped drive the team’s success,” Dolan said.

Many Knicks’ fans have remained loyal despite the string of bad luck in the last seven years. Those who stayed are now reaping their rewards.

According to a recent survey, the Knicks have lost 15.6 percent of their fans during the pandemic. But the fan fallout is ranked among the lowest around the league.

Only Chicago and Detroit fans have ranked ahead of New York fans. Unfortunately, both the Bulls and Pistons fanbases have endured another losing season.

A survey conducted by TickPick.com has found out that the New York Knicks fans are among the most loyal fan bases in the NBA.

The survey conducted by TickPick last March also had the Memphis Grizzlies turning off 36.1 percent of their fans, the most in the league.

With the NBA and all other sports shutting down last year, the study also found out that 82 percent of people felt lost without sports in their lives. Only 20 percent or just 1 in 5 fans have lost interest in sports amid the pandemic.

Most of the Knicks fans, though, never wavered and kept their faith. And with the team’s resurgence, itâ€™s just a matter of time before those 15.6 percent will come back to the fold if that hasn’t started yet.