Knicks News: Julius Randle on expectations for the 2021-22 season, Ntilikina agrees to deal with Dallas 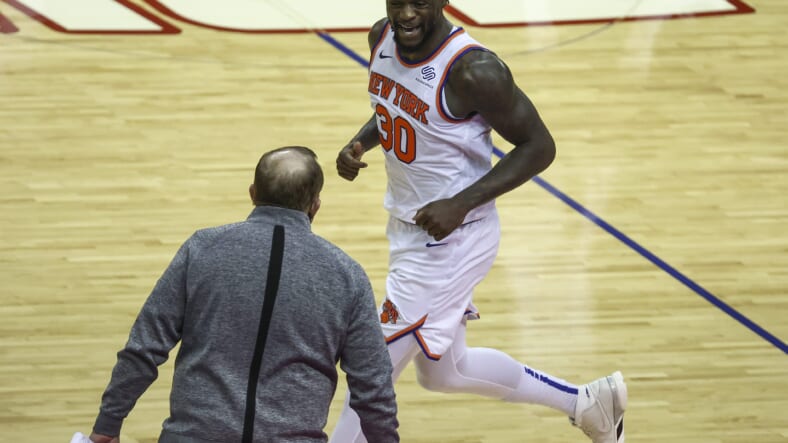 The Knicks ranked fourth in defensive rating, per the NBA, also ranking in the top 10 in defensive rebounds with 2554. The Knicks were specifically fantastic in limiting points in the paint, ranking fourth defending the rim. Despite having starting center Mitchell Robinson out due to injury, reserve option Nerlens Noel played a significant part in rejecting interior scorers.

The team plans to continue their defensive efficiency, as All-Star power forward Julius Randle remains confident in their abilities.

Obviously Thibs is going to make sure that weâ€™re going to play defense. There’s certain things as a team (that we know about) who we are and what we need to do night in, night out to give ourselves the best possible chance to win. We know what those things are. Everything else, weâ€™ve just got to keep improving on and getting better.

Expectations are rising for a team that added Evan Fournier and Kemba Walker this off-season to the squad. With more offensive production, the likely result, it boils down to remaining disciplined on defense and not playing for a shoot-out offensively.

Randle and some of the current players on the roster have been spending time in the gym scrimmaging against one another. While most would imagine the scrimmages are friendly, Randle stated they are extremely competitive and are meant to continue building personal skills and preparing for training camp in just a few weeks.
In the meantime, one former Knick has found a new home, point guard Frank Ntilikina. After a disappointing career with New York, averaging a total of 5.5 points, 2.7 assists, shooting 36.7%, Ntilikina getting a fresh start with the Dallas Mavericks is a positive move.

Dallas had previously targeted Ntilikina in the 2017 draft, electing to take a Dennis Smith Jr. instead. Having added former Knick Reggie Bullock this off-season, it seems as if Dallas is picking up a few wayward pieces. Ntilikinaâ€™s contract is over two seasons with a team option after the 2021-22 campaign. He will have an opportunity to compete for minutes, but he must find a way to improve his scoring production, which has been his major fault over the past few years.