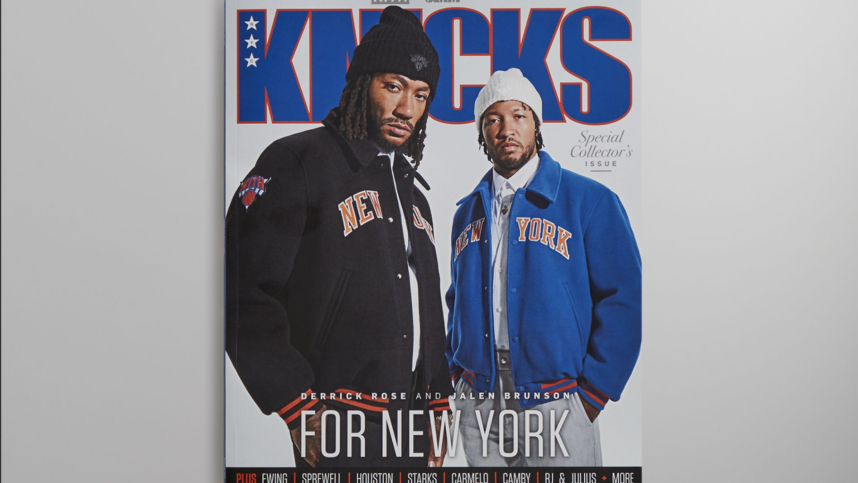 The groundbreaking announcement will culminate with Kith Night at Madison Square Garden this Friday when the Knicks host the Detroit Pistons. The Knicks will debut the Kith-designed 2022-2023 City Edition Uniforms and City Edition Court.

Fieg, who grew up a die-hard Knicks fan from Queens, NY, will focus on building a community around an international brand. The Knicks hopes Fieg’s creative magic with Kith will rub over the franchise as they aim to develop a distinctive look for their in-house line of products under his watch.

Fieg and Kith have collaborated with the Knicks since 2020, from apparel collection to uniform and court designs. The success of their partnership led to Fieg’s appointment as Creative Director.

“When Ronnie created his first Knicks City Edition Uniform during the 2020-21 season, the organization knew we had something special, and each year’s design has been more innovative than the last. We are honored to have him join the Knicks as Creative Director.

Ronnie’s position will help provide a distinctive look and feel across marketing, content and merchandise initiatives. Given Ronnie’s life-long Knicks fandom, creative vision, and New York City roots, we are extremely excited for our continued and expanded collaboration.”

It was the ultimate dream for Feig, whose love for the team grew with each game he attended with his father during his childhood. With the Knicks already one of the most recognizable sports teams in the world, being in the biggest NBA market and playing at an iconic arena, Feig is excited about the challenge of pushing the creative envelope to make the fans fall in love with the brand even more.

“The opportunity came about a few seasons into designing the City Edition uniforms and the growing relationship between myself and their marketing team I think they saw the passion I have for the team and wanted to evolve what we’ve been doing with Kith into something more. Long conversations about what the Knicks mean to the League and to the world helped shape the opportunity to really do some special things.

I think the immediate work calls for consistency in how you view the Knicks as a brand and help grow that to more of a global identity in the long run. I feel that many people love the team, and it’s going to be my responsibility that they also all love the brand the same way I do.”

For this season’s city edition uniform, Fieg drew inspiration from the 1999-2003 Knicks uniform, staying true to his Kith core of bridging the gap between past and present.

The Kith for Knicks collection will be available for purchase with the launch of a one-day-only special pop-up inside Chase Square at Madison Square Garden before the Knicks-Pistons game. The global release will shortly follow the next day.

Live audiences will also be treated to a copy of the Kith for SLAM Commemorative Knicks Magazine and a collaborative towel created with the Knicks and Stella Artois on their seats.

Beverages in co-branded Kith for Knicks cups will be available at concession stands throughout the arena while Kith Treats will serve the Fiegster ice cream special to select seats. During breaks in the game, tees from the collection will be launched into the stands, in addition to a few other surprises in store for attendees.

The pop-up opens at 5:30PM EST to the public. The game begins at 7:30PM EST and tickets are available at Knicks.com/tix. The Kith for New York Knicks 2022 adult and kids collections release on Saturday, November 12th, at all Kith shops, 11AM EST on Kith.com, 11AM CET on EU.Kith.com, and on the Kith App.