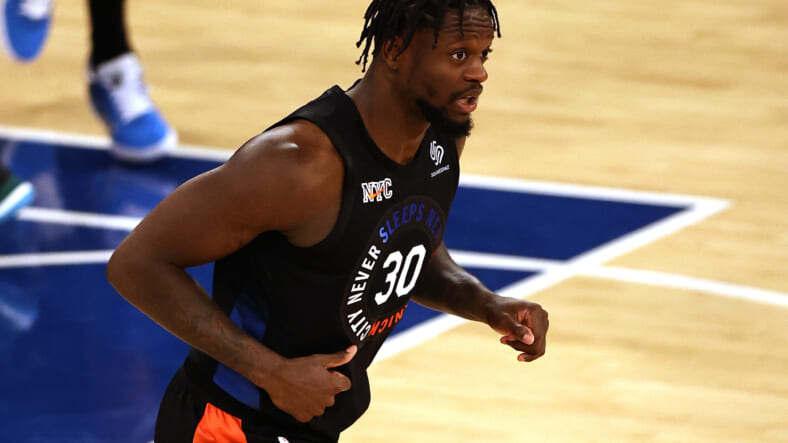 The New York Knicks and All-Star power forward Julius Randle finalized a contract extension this off-season, paying him $117 million over the next four years with an average salary under $30 million per season. For a player of his caliber and production, this contract opens the door for a potential max contract free agent in the future.

The Knicks played free agency perfectly, retaining most of their players preparing to hit the market on three-year contracts with no guarantees in the third season. That will allow them to clear salary space to target a big name without having any dead money to worry about.

Randle’s contract works perfectly into that strategy. Heâ€™s currently heading into the final year of a three-year, $62.1 million deal he signed in 2019. He will earn a base salary of $19.8 million this upcoming season and will elevate to $23.76 million during the 2022â€“23 season.

The contract has a few details, including $106.4 million guaranteed, $10.6 million in potential bonuses, 15% trade kicker, and a player option in the final year of the contract, which is worth $29.46 million.

New York makes it official on the Julius Randle four year-extension that starts in 2022-23:

The Knicks gave Randle the power in the final year to keep his salary hit below $30 million, which is extremely efficient for a player who averaged 24.1 points, 10.2 rebounds, 6.0 assists, and averaged 37.6 minutes per game last season. He also shot 45.6% from the field and a career-high 41% from three-point range. He concluded the season with a 51.6% effective field goal percentage.

It is quite clear that the coaching staff is depending on him to continue dominating, and adding pieces like Evan Fournier and Kemba Walker around him should take pressure off. The development of Immanuel Quickley and RJ Barrett will also play a significant part in the team’s elevation.

â€œJulius RandleÂ embodies everything you want your star player and leader to be about, and we couldnâ€™t be happier about the long-term commitment we made to each other,â€ said Knicks President Leon Rose. â€œHis hard work and dedication to his craft are second to none and what he did last season wonâ€™t be forgotten by New Yorkers any time soon. We canâ€™t wait to see whatâ€™s next for him.â€

Randle has already started working on his shot creation this off-season, working with trainer Tyler Relph to master his mid-range shot off the dribble.

Julius Randle at the lab with his trainer Tyler Relph mastering his mid-range shot off the dribble.

Last season, Randle shot 50.3% on his pull-up jumpers and 41.5% on his mid-range jumpers. Hopefully, he can continue to increase those percentages, which will not only make him a more efficient scorer but open up the floor for his teammates on kick-outs to the corners.