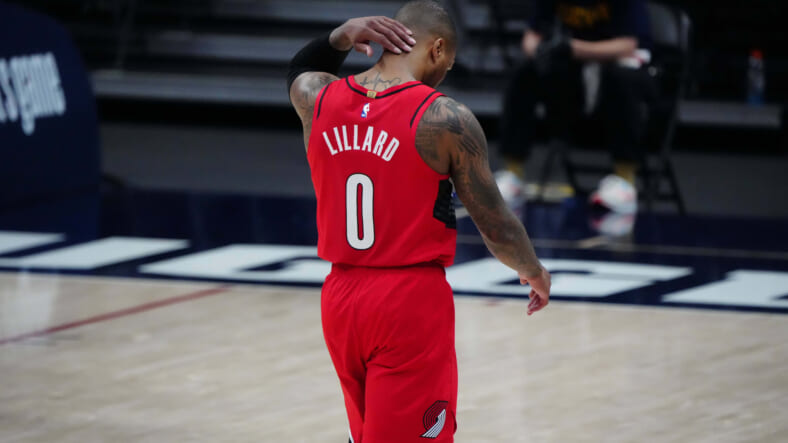 The consensus is quite clear, if the New York Knicks are going to allocate exponential resources toward a star point guard, it should be Damian Lillard and not Chris Paul. While Paul has proven his worth for many years, making the All-Star team the past two seasons, he averaged just 16.4 points this past season at 35 years old and is seeking a three-year contract which would end at 39.

Ultimately, the Knicks might have to depart with draft capital to acquire Lillard, but he offers them better play over a prolonged period of time. Lillard recently signed a four-year year, $176.2 million extension with the Portland Trailblazers, which hasnâ€™t even kicked in yet. If the Knicks managed to trade for the star PG, they would have him for the next four seasons guaranteed, as there are no options built into the deal.

Ultimately, the Knicks have the draft capital and money to spend, with upwards of $60 million available to appropriate in free agency. Lillard will count about $40 million against the salary cap next year, giving New York a bit more cash to work with. They already have Julius Randle under contract and are still looking to add a few complementary pieces.

If New York plays their cards right, they could walk away this off-season with a few high-profile players, which would hopefully bolster their team enough to help them compete during the postseason with realistic expectations. In fact, the Knicks are currently favored to land Lillard this off-season if a trade does go down.

These are the favorites to land Damian Lillard's services if the Blazers decide to move him ? pic.twitter.com/AeK632pz0K

In 2020, the Portland star averaged 28.8 points, 7.5 assists, and shot .451 from the field. Lillard attempts 10.5 3-PT shots per game, hitting a stellar .391% of his shots. Heâ€™s also a .928 free-throw shooter, another stellar statistic to add to his arsenal of qualities. Averaging 35.8 minutes per game, pairing him with a player like Randle, who earned the “Most Improved Player of the Year” award, would give the team a healthy one-two punch.

Lillard ultimately might be the catalyst behind the Knicks’ future success, but they would have to part with draft capital and likely a few young players to acquire him from Portland. That would start a rebuild for the Blazers, something they might not be too excited about considering they just made the playoffs. However, if Damian desires a move, they might have no choice but to execute his wishes.