Knicks could have catalyst in prying Damian Lillard from Portland 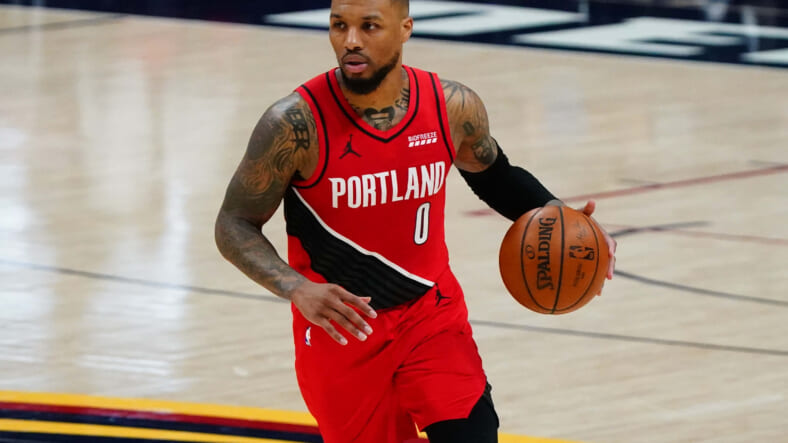 Whether or not the Knicks walk away with a star player, they have the resources to finally upgrade the point guard position. Having churned through a variety of options over the past few years and an undying reliance on Frank Ntilikina to become “the guy,” it’s finally time to drop the cash on a big name.

However, there’s a big difference between landing Chris Paul and Lillard, considering one is 36 years old and looking for a three-year contract and the other is 30 years old in the middle of his prime coming off a season where he averaged 28.8 points and 7.5 rebounds.

While prying Lillard from the Trailblazers is unlikely, they do have one underrated asset that could play a significant role.

According toÂ Marc Berman of the New York Post, the Knicks could have a secret weapon in prying Lillard from Portland:

â€œThe Knicks, desperate for a point guard, believe they have assets and cap space to make a trade for a star such as Lillard,â€ Berman wrote.

â€œIn addition, Knicks assistant coach Johnnie Bryant is a mentor of Lillardâ€™s from their native Oakland, Calif. The Knicks have five first-round picks over the next three years. In the upcoming draft, they have three picks in the top 31 â€” including two first-rounders at 19 and 21.

â€œThe Knicks are likely willing to include three first-round picks in a Lillard deal and have the cap space to make a transaction smoother mathematically.â€

Johnnie Bryant could be the key in convincing Lillard to take his talents to the east coast, especially with the star PG stating his displeasure for the organization after an early exit in the post-season. Depending on who Portland selects for their new head coach, Lillard could either be more willing to depart from the team that drafted him back in 2012 or more inclined to stay.

Bryant, though, is the Assistant Head Coach, a significant role that gives him some power and pull in specific situations and regrading Lillard, he is absolutely a catalyst. Bryant hosted his own sports academy back in the day before joining the Utah Jazz, helping develop some of the best players in the league, including Lillard, Gordon Hayward, and Donovan Mitchell.

As a primary mentor for Lillard, the connection exists to plant the seed of change, but it’s still a bit premature to spark the full pursuit before Portland hires their next head coach.