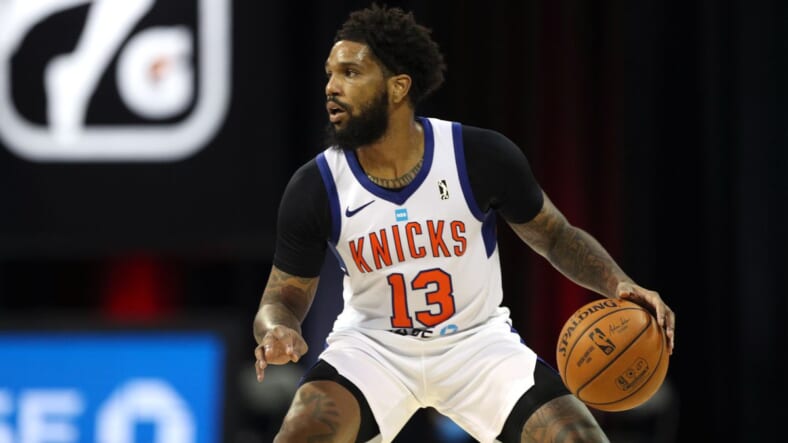 Former Seton Hall star Myles Powell is back with the New York Knicks as the 20th man on the roster.

The team announced Powell’s signing Tuesday after waiving Tyler Hall. Though terms of the deal were not disclosed, Powell will likely compete for the remaining two-way spot in the roster. Rookie Jericho Sims, the 58th overall pick, is currently slotted in the Knicks’ first two-way slot.

After going undrafted last year, Powell signed a training camp deal with the Knicks but did not make the active lineup. He was relegated to the Knicks’ G League affiliate club in Westchester.

In the G League bubble last season, the 6-foot-2 Powell averaged 17.8 points, 3.8 assists, and 3.4 rebounds in 13 games, including three starts. His impressive G League play earned him a two-way contract with the eventual NBA champion Milwaukee Bucks, but he never saw action.

The Trenton, NJ native was named the 2019-20 Big East Player of the Year and finished his impressive college run as Seton Hall’s third all-time leading scorer. However, the undersized star shooting guard couldn’t parlay his sterling college resume into an NBA career.

In July, he suedÂ his Seton Hall coach Kevin Willard and Tony Testa, a staff member, for misdiagnosing a knee injury during his senior year. He blamed the incident for his unsuccessful NBA Draft, causing severe physical and financial consequences damage.

The suit alleged NBA teams discovered that the ankle injury which bothered Powell in his last year with Seton Hall was actually a lateral meniscus tear to his right knee. Powell continued to play well with the injury but with the help of pain killer medication injected by Testa.

The school responded to the lawsuit by filing a motion to dismiss it in August.