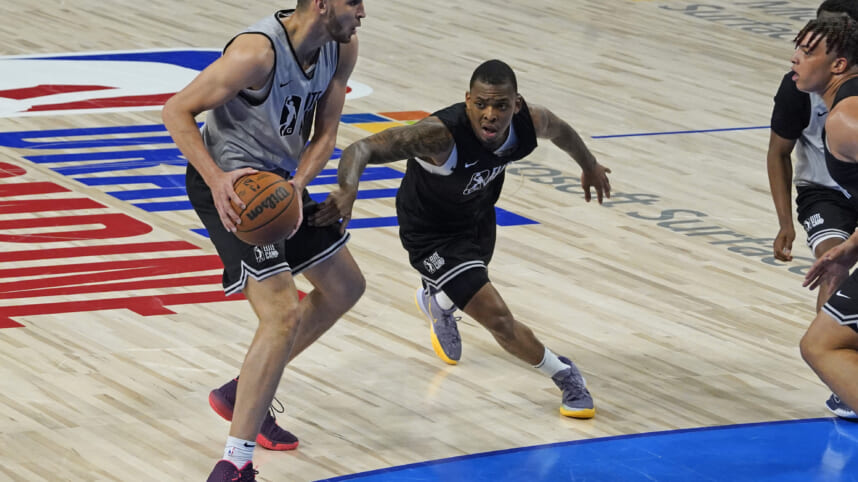 The New York Knicks have signed undrafted James Akinjo to an Exhibit 10 deal to complete their 20-man preseason roster.

After going undrafted, Akinjo played for the Atlanta Hawks in the NBA Summer League, averaging 3.7 points, 3.3 rebounds and 4.7 assists in three games. But his poor shooting, his biggest weakness in college, still persisted in the pros. He never shot more than 38.3 percent in college and he was worse in the NBA Summer League, hitting only 3 of 23 from the field over three games.

A former four-star recruit, Akinjo wound up his collegiate career with an All-Big 12 First Team selection despite his poor shooting. He averaged 13.5 points, 5.8 assists, 2.8 rebounds and 2.03 steals over 33.1 minutes in 32 games as a starter at Baylor last season, leading the Big 12 in assists, 12th overall in the nation, and free throw percentage (83.5%).

Before his transfer to Baylor, he also spent two season at Georgetown and one season at University of Arizona.

The Knicks must cut their roster to 15 before their season opens next Wednesday. Akinjo will most likely be relegated to the Westchester Knicks in the G League, where he will be eligible for a bonus worth up to $50,000 if he spends at least 60 days with the developmental team.