Donovan Mitchell thought he was headed to Knicks 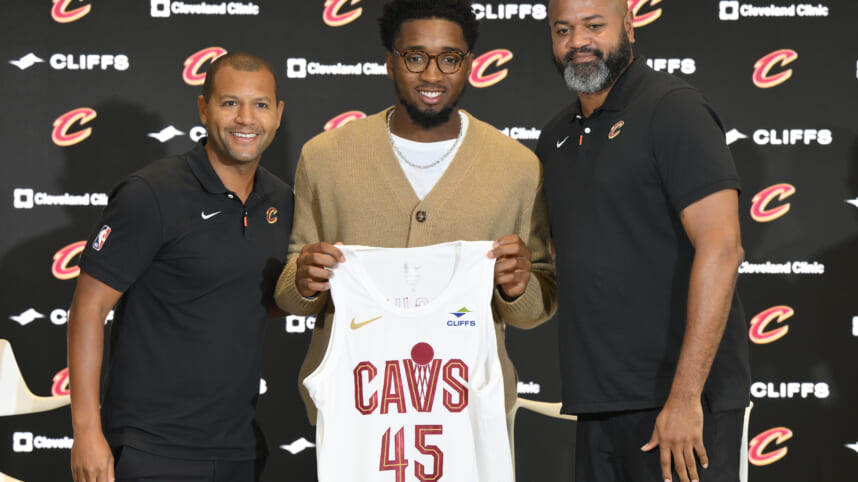 Now it can be told.

Donovan Mitchell wanted to go to the New York Knicks. But in the end, the Knicks felt it was too rich for their blood.

“For me, once Rudy (Gobert) was traded, I saw the writing on the wall. I think we all did. We understood we had a good run,” Mitchell said during his welcome press conference in Cleveland on Wednesday.

“I have a feeling I was going to get moved. I thought it was New York. I’m not going to lie to you. Obviously, who doesn’t want to be home next to their mom? I haven’t lived at home since eighth grade. It would have been nice.”

Nice would have been an understatement as Mitchell fits the bill of a new Garden hero — a dynamic scorer and three-time All-Star who is about to enter his prime.

But the Knicks let him slip away, and only time will tell if it was the right move.

For the next three years, Mitchell will try to prove them wrong. In all likelihood, the 6-foot-1 Mitchell will join Trae Young as the new generation of Garden villains in the immediate future.

Mitchell is joining a 44-win team in the crowded Eastern Conference. It only cost the Cavaliers some of their spare parts, and their draft picks in the next five years.

The fear of having an undersized backcourt in Cleveland wasn’t as severe as New York’s, as the Cavaliers came away unscathed. They still have the fearsome tandem of Jarrett Allen-Evan Mobley up front to pair with Mitchell and blossoming All-Star guard Darius Garland.

It softened the blow of Mitchell’s unfulfilled wish to come home. He was elated to go to Cleveland instead, confirming reports of him running around the golf course when the news broke out.

“You all saw I had the Cavs jersey when I was like five, six [years old]. I was a LeBron fan but also a Cleveland fan. My man over there saying ‘Cleveland Cavaliers’, I was saying that at the house. It’s crazy how life comes full circle.”

Meanwhile, life goes on in New York with still no bona fide All-Star to build around.

The Knicks are banking on RJ Barrett, who earned the most lucrative contract — a four-year extension with $107 million guaranteed money that could go up to $120 million if he hits all bonuses — in their franchise history, and prized free agent Jalen Brunson, who dominated Mitchell in the last playoffs, to turn into All-Stars. And Quentin Grimes, who the Knicks protected at all cost in the Mitchell trade talks, to break out.

The Cavaliers were ready to go all in. The Knicks are not.

That’s why Mitchell’s homecoming has to wait.