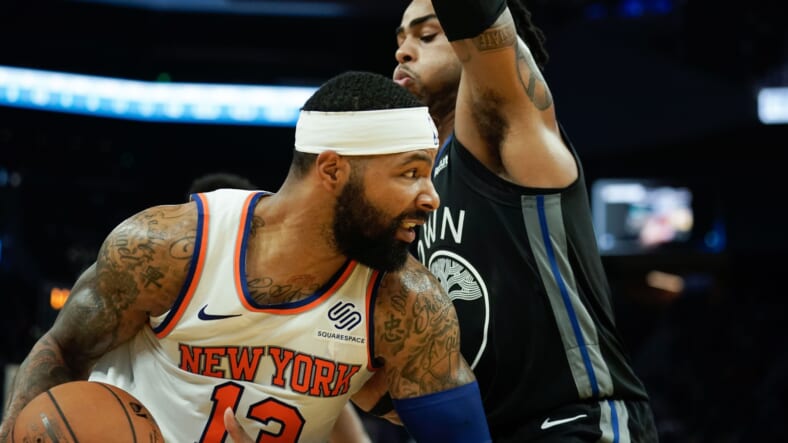 The New York Knicks had one roller-coaster of a trade deadline.Â  Rumors were swirling of all kinds of trades but the organization only had one.

The Knicks traded Marcus Morris to the Los Angeles Clippers for Moe Harkless, 2020 first-rounder and a second-rounder.

Scott Perry was the one orchestrating the trades as the news broke of the Knicks adding a new team president.Â  Perry did an â€˜okâ€™ job in this trade deadline but more could have been done.

Getting a first-round pick back was a victory in itself but the Knicks were trying to get some young prospects out of the deal as well.Â  Other players that were speculated to be on the move were Bobby Portis, Dennis Smith Jr., Kevin Knox, Elfrid Payton and Allonzo Trier all stayed put.

The bigger victory, however, still remains the Knicks parting ways with Steve Mills.Â  The franchise is now looking to add Leon Rose as the next team president.Â  A deal was being finalized but there’s been no official report.Â  The Knicks owner also made it clear he would not be selling the team, Ian Begley reports.

After the roller-coaster of a day, the Knicks still had a game to play.Â  They came back to defeat the Orlando Magic 105-103. The team had a good team first half.Â  They played together and had more pep in their step.

However, the Knicks had to scratch and crawl their way back at the end for a thrilling victory.Â  The comeback victory wouldnâ€™t have happened if it was for team defense and another great all-around game by Elfrid Payton.Â  Also, the return of RJ Barrett gave the team something extra.

The New York Knicks are now on a 3-game win steak and are looking to give the younger players more time, or we hope.