Where exactly are the Jets with Robby Anderson? 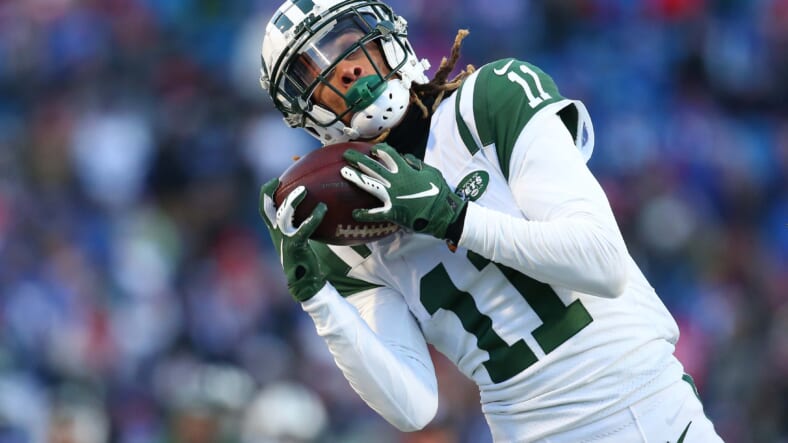 The conversation surrounding the future of Jet’s wideout Robby Anderson has been considerably undetermined since the start of the league year. And with free agency officially underway, his future with the Jets is still very unclear.

There has been a lot of action so far in free agency, such as DeAndre Hopkins being traded to the Cardinals, the Rams releasing Todd Gurley II and the bombshell of Tom Brady leaving New England to sign with the Buccaneers. Big names have been coming off the market faster than we can keep track of, and the Jets, thus far, have been relatively quiet. There remains a lot of questions moving forward, and the team progress in addressing them is moving slower than fans would hope.

So what’s the latest with Robby Anderson?

Since the end of the 2019 season, Anderson has been a popular trade candidate for the Jets, but so far, it doesn’t look like much progress has been made. According to Connor Hughes, the lead Jets writer for The Athletic, there has been “radio silence” when discussing possible interest for Anderson.

This actually benefits the Jets. The longer Anderson remains unsigned, the longer the market dries up for him, and the longer the money appears to not be there. And the Jets genuinely like Anderson and what he brings to the team, so getting a deal done is not out of the question, it is just a matter of the right price. At this point, maybe returning to the Jets on a one year deal and try to prove his worth in 2021 is the best move.

With the signings of Seahawks’ tackle George Fant, Broncos center Connor McGovern, and re-signing guard Alex Lewis, they may take their focus off of the offensive line in the draft and look to take one of the exciting receiver prospects a la a Jerry Jeudy or a CeeDee Lamb. Perhaps after that, then they can be more frivolous with Anderson.

As premier free agent wide receivers such as Amari Cooper, Stefon Diggs, and DeAndre Hopkins getting deals done, we may see Anderson in green for at least one more year, and that might not be such a bad thing.