What does New York Jets’ rookie Ashtyn Davis bring to the defense? 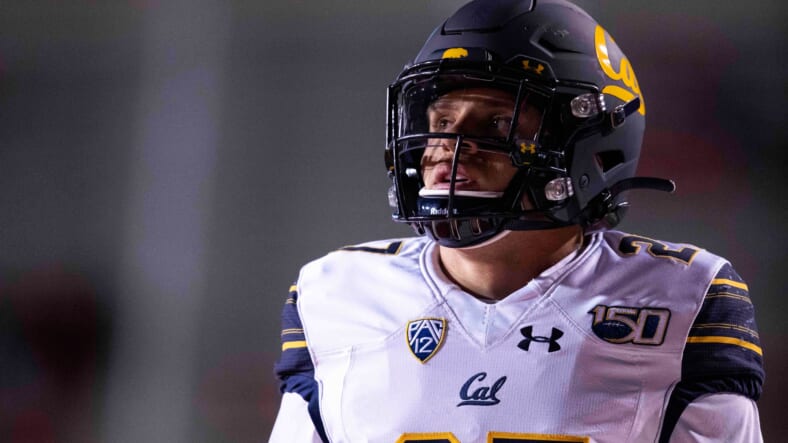 The New York Jets selected a defensive back in the third round to the initial dismay of the fan base. The Jets faithful either wanted another receiver, an edge rusher, or a corner. Ashtyn Davis was listed as many as a safety, but thatâ€™s in the same way some listed Isaiah Simmons as a safety and some as a linebacker. Versatility is key, and thatâ€™s what Ashtyn Davis brings to the table.

Who Is Ashtyn Davis?

Ashtyn Davis began playing football in Santa Cruz, California, as a wide receiver. Davis has incredible athleticism, and he put that on display outside of the game. Davis was an electric hurdler for Cal and began in high school. He was a champion in 110-meter hurdles. On the field, his athleticism is one of his greatest assets.

Davis tracks balls like a center fielder. Heâ€™s got phenomenal sideline to sideline ability. Heâ€™s dynamic in the return game and on special teams as a whole. Heâ€™s a solid cover safety or potentially corner and a fun weapon for Gregg Williams. His athleticism allows him to be versatile. Wherever he can make an impact, he will. Davis has all the makings to be a great defensive back in this league.

How does he fit?

Heading into his rookie year, Davis doesnâ€™t have a clear cut role. Whatâ€™s more likely is he will be used in a multitude of ways. He can be trusted to come in wherever and make an impact. Davis will immediately be trusted to take over Rontez Milesâ€™ role on special teams and as a backup safety. In the long haul, a good performance in 2020 could make him a franchise building block.

With Marcus Mayeâ€™s contract up along with Jamalâ€™s in 2021, the Jets canâ€™t afford both. Adams is the priority, but the Jets canâ€™t tie up all that money to one spot. Despite being Jamal Adamsâ€™ running mate, Marcus Maye could still find his way out. Ashtyn Davis could be groomed to fill his shoes. With his incredible physical abilities and impressive on-field play, if Ashtyn Davis takes advantage of his opportunity, he could be an excellent pick for Joe Douglas.