What are the New York Jets getting in UDFA cornerback Lamar Jackson? 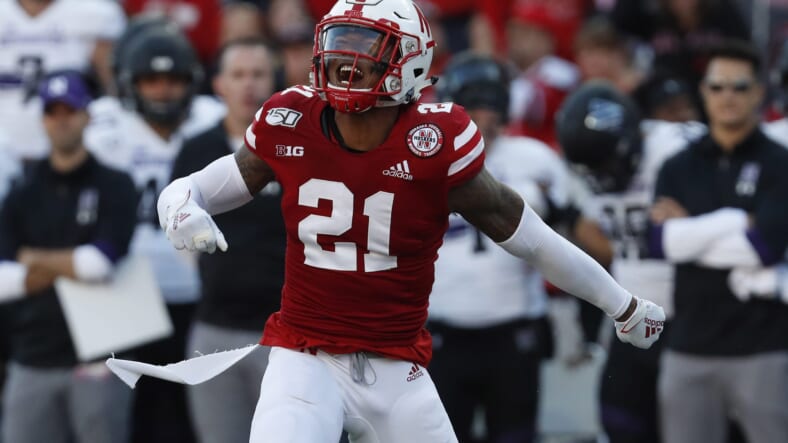 With the Tremaine Johnson experiment over, the New York Jets are looking to supplement his loss with other quality cornerbacks. Currently, on the roster, the Jets have Bless Austin, Pierre Desir, Nate Hairston, Arthur Maulet, Brian Poole, and Quincy Wilson.

None of these options seem to have elite status or are capable of holding down and opposing number one receiver week-in and week-out. Austin showed the most potential in 2019 –Â  Desire had an up and down tenure with the Indianapolis Colts over the last four seasons. In 2019, he posted a 64.9 completion percentage against and allowed five touchdowns. He also had a 13.8 percent missed tackle rate. I would not count on Desire being a quality corner for the Jets moving forward, but rather a depth piece.

Adding talent to the back-end of the position is essential, as you never know who can emerge as a quality player. That is why the Jets signed Lamar Jackson, cornerback out of Nebraska. Jackson was a second-team All-Big Ten player last season after recording 40 tackles, four tackles for loss, and three interceptions.

Going into the draft, Jackson has excellent physical size at 6-foot-2and 208 pounds. His 4.58 40-yard dash was solid and seems to appeal to teams running specific cover styles. His ball skills are a bit shaky and is poor against the run, but his athletic upside gives him the ability to develop into a decent player. He has the perfect frame for the position with long arms that can disrupt wide receiver’s on contested balls.

One of his significant deficiencies is his lack of straightaway speed matching up with receivers running vertical routes. Heâ€™s more of a zone corner who can flow into routes rather than stick in man coverage. He has good instincts creating five turnovers over the last two seasons and flashes the ability to predict routes. I believe if the New York Jets run a more zone heavy coverage scheme, Jackson can fit in quite well.

Focusing on developing his press coverage skill set should be a priority for the Jets, as rounding out his talents gives him a better shot of earning starting wraps at some point in the future.