What are the New York Jets getting in TE Tyler Kroft? 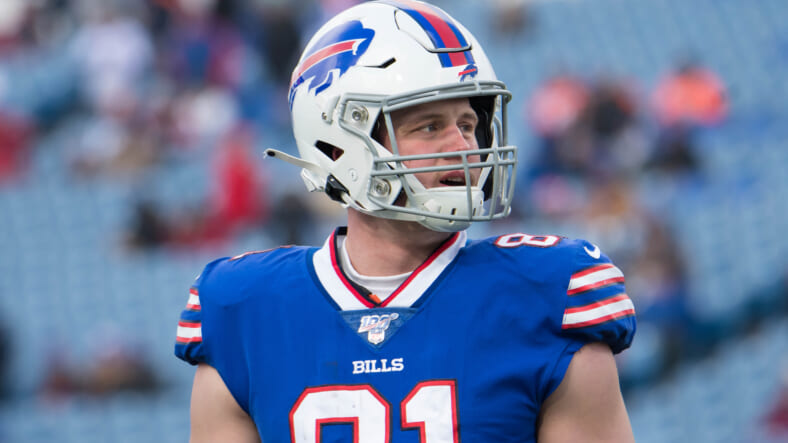 The New York Jets have added another offensive playmaker to the fold. This time in the form of 28-year-old former Bills tight end Tyler Kroft. Kroft has been with Buffalo as part of their tight end room for the past two seasons totaling 18 receptions for 190 yards and 4 TDs. Kroft now joins the Jets, where he will likely walk into a decent-sized role.

What does this mean?

The former Rutgers product joins the green and white after two seasons in Buffalo, where he did not play as well as he did in his original home of Cincinnati. After being selected with the 85th pick in the 2015 Draft, Kroft spent four years in Cincinnati.

In that time, Kroft played some pretty good football, but his best year came in 2017, his lone year as a starter. In that season, Kroft started all 16 games putting up 42 receptions for 404 yards and 7 scores. Kroft was an animal in the red zone and provided a key threat to that Bengals offense. When given a chance to show what he can do, Kroft has shown flashes of starting-level talent.

Now, as the Jets enter a new season with a new offense and potential new quarterback, the tight end position is all the more important. The Jets will hope for a resurgence from former breakout star Chris Herndon, but they will now have Kroft in the mix to compliment him. Kroft will bring another good red zone threat into the fold while also providing some experience for Herndon to lean on. Kroft will be a nice addition for gang green as it is a one-year deal.