After one season, Adam Gase should be replaced as head coach. 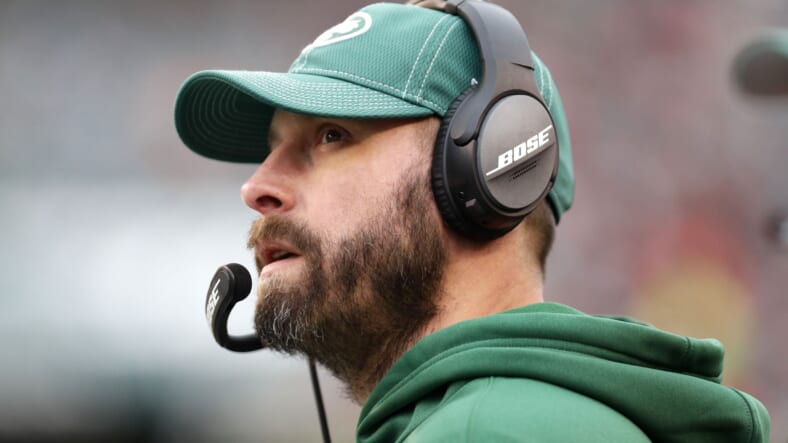 The 2019 New York Jets season can be described in several different words/phrases. An â€œunmitigated disasterâ€ might be harsh, as thereâ€™s still the slightest of chances the Jets can salvage a .500 season, but coach Adam Gase will be saddled with a dubious distinction this season.

Since I have been watching the Jets, the first season under a new head coach results in an excellent winning record, with a playoff push. Yeaâ€¦ that wonâ€™t happen this season.

Why Gase Should Go

Gase is heralded as a â€œquarterback whispererâ€. Now there have been problems with Sam Darnoldâ€™s development this season that was out of Gaseâ€™s control (who could have foreseen his mono diagnosis?), but Samâ€™s development was stalled.

Then there are problems involving all the other players. Jamal Adams threw a hissy fit that was partially directed at coach Gase. Then, there was Kelechi Osemele getting cut due to the dispute the team had with him over whether or not he needed shoulder surgery. Thereâ€™s the ongoing tiff between Gase and Leâ€™Veon Bell. Bell is disgruntled over how little Gase is utilizing one of, if not the, best running backs in football. Plus, the whole Bell is going out bowling the night before a game, where he was scratched due to the flu, wherein he all but completely voiced his displeasure with Gase.

And then there is Quincy Enunwa. Enunwa tweeted out how much he hated getting fined for missing his team appointed treatments for his injury. Now, Enunwa should have made his treatments, but this is just something that encapsulates how dysfunctional coach Gaeâ€™s leadership is for the NY Jets.

But Who Should They Get?

Itâ€™s nearly impossible to predict whoâ€™s going to be better than coach Gase. Thereâ€™s no knowing just who would be able to unify the team. Mike McCarthy could do wonders for the team, but we all saw how quickly it all stalled out in Green Bay. Do you want to take a flier on Jason Garrett? Iâ€™m not going to speculate on who the best coach would be, but I think itâ€™s evident that Gaseâ€™s tenure in New York is going to be wrought with dysfunction and headache for all Jets fans. This is looking a little too much like Freddie Kitchens managing the Browns.