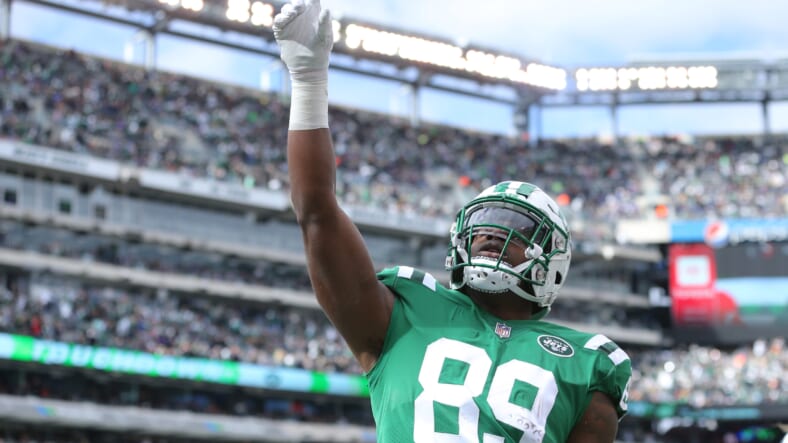 The New York Jets feature several quality tight ends that will contribute in 2020.

One of the more underrated units for the New York Jets is their tight ends corps, featuring Ryan Griffin, Chris Herndon, and Trevon Wesco. The trio failed to play together regularly in 2019 after Herndon was placed on injured reserve after fracturing his ribs against the New York Giants in week 10. Griffen was then thrust into a starting role, where he thrived.

After spending six years with the Houston Texans, Griffen found his way to the Jets. He received a three-year extension worth $10.8 million with Gang Green, cementing himself in the offensive unit and guaranteeing his participation on a growing team.

Finding his way to a starting role after Herndon went down was what Griffen needed to prove his worth — posting 34 receptions for 320 yards and five touchdowns before an ankle injury halted his campaign in week 14.

However, his red-zone production was stellar, making him an essential piece on offense and a safety-net for Sam Darnold in the passing game. With Griffen and Herndon capable of producing at a high level, the Jets and Adam Gase could use more 12-personnel to get both tight ends on the field to diversify their scheme.

Another tight end on the roster is Wesco, who played in all 16 games last season, starting in just one. He hauled in three-receptions for 47-yards on the year, a seldom number but a start to his professional tenure.

At 6-3, 267-pounds, Wesco is a big body who can serve as a quality blocker in the running game as he develops his route running and speed off the line of scrimmage. While I don’t picture him having a significant impact in 2020, it’s always a positive thing to have a serviceable backup, especially with Herndon’s injury, previous injury, and troubles.