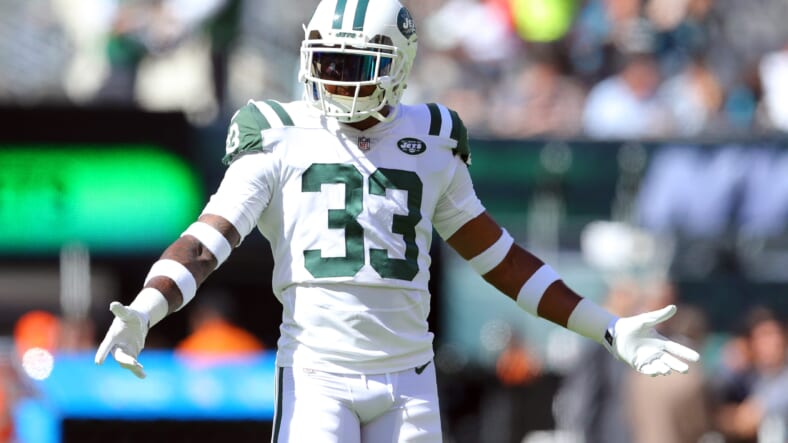 In their latest defeat, the most one-sided in the Adam Gase era, the New York Jets fulfilled their former star’s most damning declaration.

Sue Bird, Alysha Clark, Jewell Loyd, Breanna Stewart, and the rest of the defending WNBA champions were nowhere to be found in the spectator-free settings of Lumen Field on Sunday late afternoon. Yet, the New York Jets were forced to deal with a new brand of Seattle Storm.

Metropolitan football fans, especially those of the green variety, are no doubt used to gridiron disappointment at this time of the year, but the visit to the Emerald City set new standards for futility. In a day and age of glorified offense, the Jets put a grand total of 13 yards over the final 30 minutes. Had the Seahawks not mercifully pulled their starters in the game’s latter stages, that number could’ve well been in the red, as 28 of those yards came on a meaningless final drive. The ensuing final deficit of 40-3 was also the worst loss overseen by Adam Gase in his two years at the helm. Gase’s tenure has seen its share of unique achievements, albeit ones the Jets never wanted to see fulfilled. Seattle, for example, dealt the Jets (0-13) their 13th consecutive loss, a landmark even Rich Kotite’s doomed bunch managed to avoid.

The quaddrennial matchup with the Seahawks also carried the subplot of the Jets’ reunion with Jamal Adams, who spares no opportunity to talk about just how dreary things got for him as rare beacon of hope in the New York football realm. Adams made the game memorable with his own bit of history, as a first-half sack of Sam Darnold allowed him to take hold of the NFL’s single-season record for sacks by a defensive back (8.5), a record he came tantalizingly close to in his final season in green. Adams was even able to make up for a dropped interception that could’ve led to a touchdown in the first half, a mishap long forgotten when all was said and done.

The historic takedown was part of a showcase for former Jets in the Pacific Northwest, as Damon Harrison, Jason Myers, and Brandon Shell all played major roles in the victory. Even former franchise quarterback Geno Smith came in to complete 4-of-5 passes for 33 yards against a beleaguered Jets defense after Russell Wilson beat them for four touchdown passes.

Adams has spared no opportunity to speak negatively about his time of New York, but was congenial to his former comrades after the final seconds ticked away. He notable shared a hug with Gase, who told the safety to “go get one”, referring to a Super Bowl, according to Adams himself.

“(Gase) told me to go get one. He was talking about a Super Bowl,” Adams said of the exchange, per Max Goodman of Sports Illustrated. “A lot of the guys came up to us and I donâ€™t want to blow our guysâ€™ heads up or myself, which Iâ€™m not, but they were just saying that we have a great team. And weâ€™ve always believed in that. But he just congratulated me, wished me well, told me to stay healthy.”

Seattle (9-4) currently holds the top NFC wild-card spot and is engaged in a battle with the Los Angeles Rams for the NFC West division title. It’s a stark contrast to his seasons in green, where playoff opportunities were often closed before Halloween, but Adams nonetheless had some friendly words toward his former employers in his postgame statements.

â€œAt the end of the day, I donâ€™t have any hate towards, not even just Gase, toward the organization,â€ Adams said in another report from Greg Joyce of the New York Post. â€œEverybody just had different views. We had to move different. We had to take a different leap. Obviously the trade happened and Iâ€™m happy to be here. I wish those guys nothing but the best, I really do. I mean that. I know a lot of Jets fans donâ€™t really think Iâ€™m coming from the heart, but I really am. Iâ€™m thankful for my time over there because I donâ€™t take it for granted.â€

Adams’ kind words and well wishes to the Jets at the conclusion of an interconference shellacking could be closure of sorts for a Jets team that had some trouble moving on the early going (the departed Gregg Williams’ claim that Adams would get “bored” in Seattle seems particularly silly). But Sunday’s game showed more or less proved one of Adams’ most damning comments about the Jets correct.

“They do not want to win.”Â

It was clear long before Sunday’s kickoff that Adams had the last laugh in the exchange between the two sides, if only because Adams has a chance to play for a Super Bowl while the Jets have been reshuffling their draft board since late September. But, in their futility, the Jets were given a macabre silver lining: the final hours of the woebegone 2020 season gave them a chance to not only conduct free research and development for 2021 and beyond, but they had a chance to play with relative reckless abandon. Free from the relative “burden” of playoff positioning, the Jets could use whatever means necessary to get a win. Sure, it would anger the cult of the No. 1 pick, a fanatical gathering dedicated to losing for the greater good of the ongoing “endeavor for Trevor (Lawrence)”, but former Jets boss Herm Edwards said it best when he declared “you play to win the game”.

Wins themselves, as the Jets have proven time and time again, might be a little too much to ask for at this point in time with the Jets, but they’ve shown they’re capable of strong efforts. This was a team that was, after all, one poorly-timed blitz away from more or less removing the Las Vegas Raiders from the playoff conversation as little as a weekend ago. Fight and resiliency should’ve been words ingrained in the locker room, etched into whiteboards through the facility.

Alas for New York, those qualities never came during their stay at Lumen Field. A week after Ty Johnson and Josh Adams united for 178 yards on the ground against Las Vegas (the Jets’ best rushing game in over two calendar years), Gase resumed his tradition of giving carries to a 37-year-old Frank Gore while the game was still manageable. As the Seahawks’ lead inflated, the Jets had opportunities to cut into their deficit, but opted for Sergio Castillo field goals instead (Castillo’s 1-for-4 day only adding to the Jets’ plight). Granted one last opportunity to escape from Seattle with a touchdown on the final drive, mostly overseen by the Seahawks’ defensive understudies, the Jets opted to instead run the clock out.

All of this has been overseen by Gase, whose New York ledger drops to 7-22, good for a .241 win percentage that’s better than only Kotite amongst Jets coaches who earned at least one full year at the helm. Gase remains on the New York sidelines, outlasting not only several of his NFL contemporaries, but also outlasting accomplished veterans like Le’Veon Bell, Steve McLendon, Avery Williamson, Pierre Desir, and Williams.

Does that sound like a team that’s trying to win games?

Again, no one was expecting a green miracle from the Jets, but the lackadaisical manner in how they’re conducting themselves is troubling from many standpoints. They could, for example, gain clarity on their 2021 run game through Johnson and Adams, but opt instead to give things off to Gore, whose retirement approaches. There are certainly players who are bucking the trend of inactivity…SportsCenter Top 10 mainstay Marcus Maye and backfield invader Folorunso Fatikasi are certainly doing their part…but the Jets are corrupting both their present and future through their modern struggles. It doesn’t paint a pretty picture for the top overall pick, be it Lawrence, Justin Fields, or an unknown third party.

But the best thing the Jets can do over these last few weeks is glean as many positives as they can before the year lets out while gaining clarity for their future. They’re proving Adams’ propehcy correct. At this point, the Jets look like a team that’s given up on the idea of winning not just in the present, but in the future as well. That needs to change, not even to prove that Adams wrong…that shouldn’t be anywhere near their list of concerns. It’s a matter of personal pride, a desire to change the course of this star-crossed franchise moving forward. That all starts with hanging your head high, going all out in the most dire of situations. The Jets are there, but couldn’t be lower as the season draws to a close.

The Jets seem well-destined to join the 2008 Detroit Lions and 2017 Cleveland Browns in the unholy brotherhood of 16-game imperfection. At this point, sympathy can be garnered. They’re overmatched and ready to make changes. The least they can do is make it look like they’re trying to avoid such a fate.

The only scary part for Adams? He and the Seahawks need some help from the Jets. New York’s trek of futility carries on next weekend against another contending foe, battling none other than the Rams at SoFi Stadium next Sunday afternoon (4:05 p.m. ET, Fox).