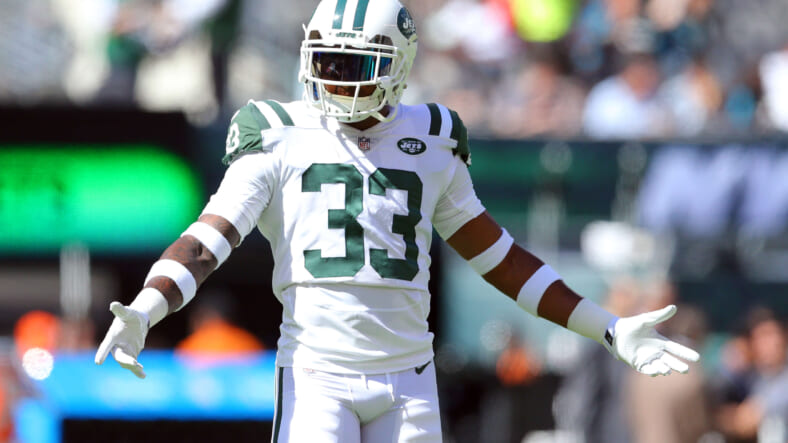 The situation between the New York Jets and Jamal Adams is only going to become more tumultuous. Adams is demanding a new contract prior to entering the fourth year of his rookie deal, and general manager Joe Douglas seems uninterested in negotiating with the star safety.

Adams is an extremely vocal player on social media, recently describing the situation with the Jets as â€œa lot of talk no action.â€

Last Friday, defensive end Myles Garrett and the Cleveland Browns engaged in significant talks regarding a massive extension. Adams, showing off his jealousy over the matter, stated that he canâ€™t even receive his first proposal, and the Jets claimed they would offer one in January. At 24 years old, Adams is undoubtedly one of the best defenders in the NFL and will be deserving of a mega-deal next off-season.

However, the Jets are playing it safe with Adams, who is trying to lock in an extension before the possibility of injury. He could hold out for the fourth year of his rookie deal, but it wouldnâ€™t look good if he misses the entire 2020 campaign. Heâ€™s clearly placing his interests in front of the teams, which is justifiable for a player looking to cash in an injury-plagued sport.

Looking over at Garrett’s situation, where he was the first pick in the 2017 NFL draft, five spots ahead of Adams, he is in talks for a new contract while Adams sits patiently for the Jets to come around. Adams signed a $14.3 million signing bonus when he was drafted three years ago, but his 2020 salary will be 825K this upcoming season, far less than the $9.86 million the Jets would have to pay him if they pick up his 5th-year option.

The question for the Jets is, do they value Adams as one of the best safeties in the league and worthy of a premium contract?

Based on his production in recent years, I would confirm that Adams is well worth the money. In 2019, he was a First-Team All-Pro player with 75 combine tackles, 10 tackles for a loss, 13 quarterback hits, 6.5 sacks, seven passes defended, two forced fumbles, and one interception. His numbers range from average to great in each category, a unique blend of production for any given player. His 55.3% completion rate is fantastic as a safety, and he only logged a 5.1% less tackle rate on nearly 80 attempts. The Jets would be silly to let him walk, but I also see the perspective in mitigating any injury concern and being left with a high cap hit.

After CJ Mosley went down and Trumaine Johnsonâ€™s dud of a deal, I see why they are cautious with Jamal Adams and his desire to cash in early.