Takeaways from the New York Jets Green and White Scrimmage 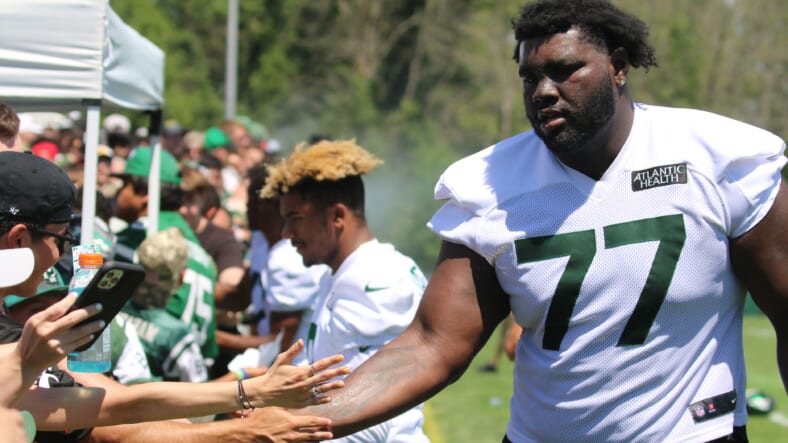 On Saturday night, the New York Jets held their annual Green and White Scrimmage at MetLife Stadium. The team is off today and back at it again tomorrow in Florham Park.

The Jets held DJ Reed out with what was just a slight hamstring. Mekhi Becton was on a pitch count last night. Ty Johnson and Vinny Curry both remained out with hamstrings. No update has been given yet on Conor McDermott, who was unfortunately carted off.

Tyler Conklin continues to solidify himself as a crucial asset to the Jets’ offense in 2022. He caught multiple passes and was Zach Wilson’s featured target last night. The first drive of the scrimmage concluded with a touchdown by Conklin on a well-placed ball from Wilson over the middle.

With Wilson, the night started well for him. There were some drops that hurt his final stat line, which was 12-for-19, 100 yards, a touchdown, interception, and 24 rushing yards. Aside from the interception, most of Wilson’s decision-making and ball placement were good. Head coach Robert Saleh was pleased with his quarterback’s night stating, “I thought he was really good.”

Rookie skill position players Breece Hall and Garrett Wilson continue to generate excitement for the Jets offense. Hall’s vision, size, and speed were all on display throughout the scrimmage. He recorded a couple of big runs last night.

Wilson made some contributions during the scrimmage. His big play threat ability with his 4.3 speed was on display. The athletic skills Wilson has as a route runner down the field were shown on this nearly impressive connection with Zach Wilson.

Defensively, the rookie Sauce Gardner continues to flash his excellence. He was matched up one-on-one a few times, tested, and held his own very well. Opposite of him, Bryce Hall had some good moments on the ball and in coverage as well. The pass-rushing talent of the Jets’ defensive line continued to show up during the scrimmage. It was good to see a core special-teamer and young linebacker in Del’Shawn Phillips work with the starters and make an interception.