Should the New York Jets trade for Trent Williams and spend the 11th overall pick on a playmaker? 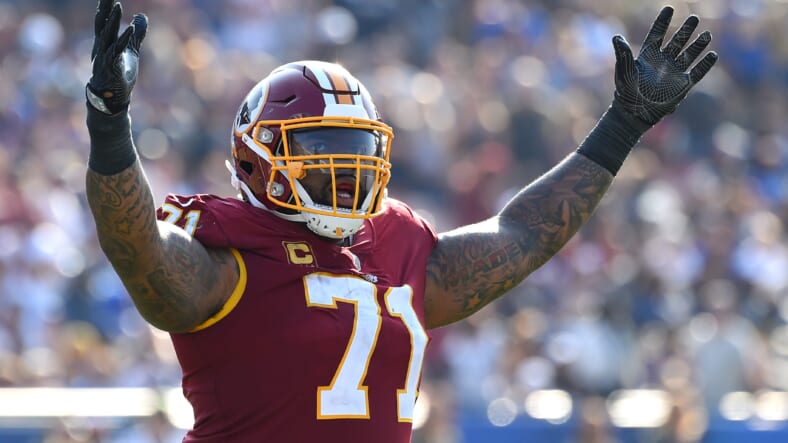 Should the New York Jets consider Trent Williams more seriously with team’s looking to land a top tackle early in the draft?

The New York Jets may have spent a ton of money this off-season to reassure the offensive line, but more work needs to be done if Sam Darnold wishes to remain upright in 2020. One option is to target Washington Redskins tackle, Trent Williams, who has been demanding a trade for quite some time now.

While the Jets are still interested in one of the league’s top left tackles, Conner Hughes of The Athletic believes that they are not the front runners for his services.

The Jets have made a call to Washington to gauge his price, but it seems as if they are asking for far too much. With the 11th overall pick, the Jets to hold plenty of value and gaining a third-rounder from the New York Giants in the Leonard Williams trade helps, but if they are looking for something upwards of a second-rounder, it is unlikely the Jets take the bait.

The Jets have been interested in Williams for quite a while, dating back to March. The Redskins are reportedly looking for a second-round pick, and the Jets hold the 48th overall selection, but they just invested in former Seahawk George Fant and are in a situation to grab a top-tier tackle in the NFL draft, keeping the positional cap-hit down.

However, Williams represents immediate talent and is proven in the NFL. He is far better than the player’s general manager Joe Douglas signed this off-season, but there are still positions that need to be filled, notably at wide receiver, cornerback, and on the offensive line.

With rumors indicating teams with high picks in the first round are committed to drafting a tackle, the Jets might not have a choice but to part with a second-rounder to land a proven talent like Williams.